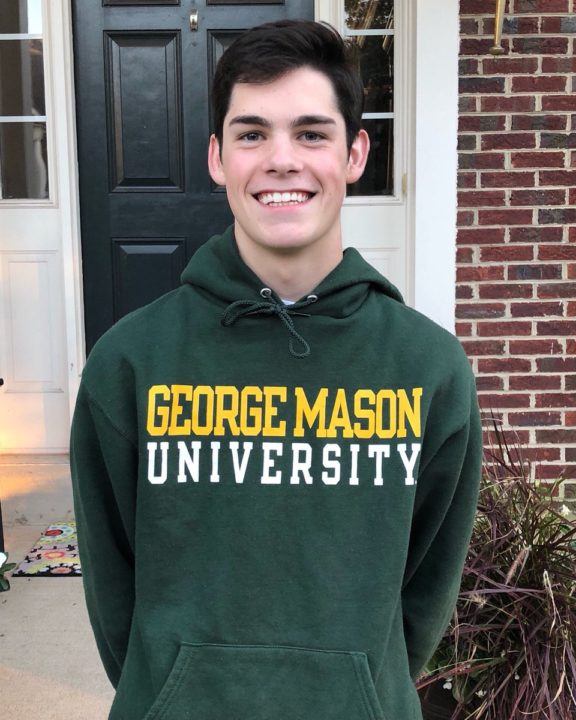 Breaststroker Luke DeVore from the Nation’s Capital Swim Club has committed to swim at George Mason University beginning in the fall of 2019.

“Super pumped to announce my verbal commitment to swim and study at George Mason University. I’m thankful to have such great teammates, coaches, friends, and family who have helped me along the way. Go Patriots!!!”

He’s leaning into the Patriots’ recent success in the breaststroke races. The top two swimmers in school history are Michael Pettinichi (53.76) and Christopher Stankiewicz (54.76), who both swam best times at last year’s Atlantic 10 Championships. Pettinichi is a senior this season, but DeVore and Stankiewicz will overlap for a season.

looks like a nice pickup for George Mason. Is he related to the 1970’s Yalie flyer Mark DeVore?