Luca Urlando’s Shoulder Back To Normal; Plans To Attend Georgia for 2020-2021 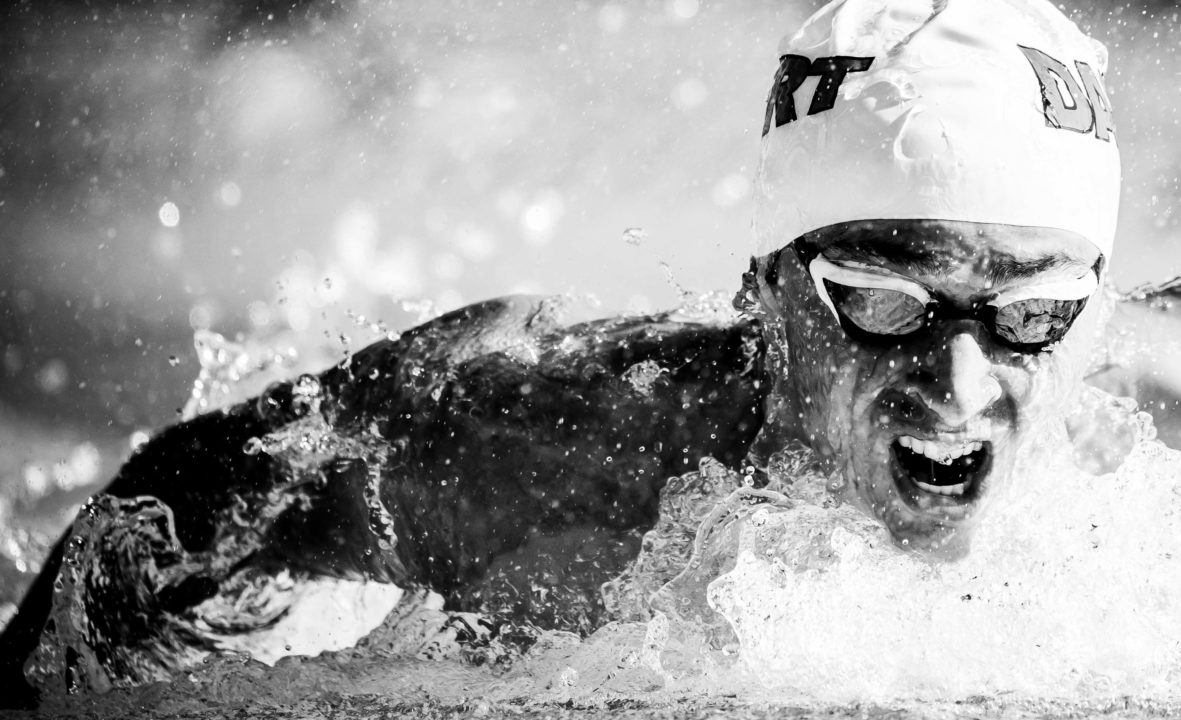 World Junior champ Luca Urlando is fully recovered from a dislocated shoulder, his coach says, and is still on track to attend UGA next year. Archive photo via Jack Spitser/Spitser Photography

World Junior champ Luca Urlando is fully recovered from a dislocated shoulder, his coach says, and is still on track to attend the University of Georgia next year.

The 18-year-old is one of the top rising swim stars in the United States. Last summer, he won the World Junior Championships gold medal in the 200 fly and 200 free, along with three relay golds for the United States. He finished the season ranked #3 in the world in the 200-meter butterfly (1:53.84) and #1 among all Americans.

But in early 2020, Urlando posted on Instagram, announcing that he’d dislocated his left shoulder during a swim workout. Recovery was expected to take a couple of months, a major setback only about five months out of U.S. Olympic Trials.

The Olympic Trials and the 2020 Olympics have been postponed to 2021 due to the worldwide coronavirus pandemic. Meanwhile, Urlando’s coach says the butterflyer had returned to full training by late February.

“He is back to swimming full stroke fly again and that is progressing extremely well,” said DART coach Billy Doughty when we reached out to get an update on Urlando’s shoulder. Doughty mentioned that Urlando was able to do some heavy leg training at altitude while rehabbing his shoulder, which actually had Urlando “doing some things in practice he couldn’t do before the injury.”

Urlando is currently training our of a 25-meter backyard pool, lifting, and continuing to rehab his shoulder.

With the Olympic postponement, there have been many questions from fans about how college-aged Olympic hopefuls will approach the season after a long list of redshirts and Olympic deferrals in the previous NCAA season. Urlando is currently finishing his senior year of high school, and is the #2 recruit in the nation, signed on with the University of Georgia.

Doughty says, though, that the plan is still for Urlando to head to the Georgia next season, assuming the school year is able to begin normally under current coronavirus conditions.

Good to hear! Hopefully he’ll continue to do good things in the peach state!

Carson Foster. In almost any other class he would be an easy choice for #1, but this one is extremely loaded

A top 4 of these two, Magahey, and Minakov is pretty absurd.

that makes sense… Carson Foster can swim any event asked of him.

Oh my gosh! This will heat up the MEN’s SEC environment which really needs to happen. The conference has been sliding backward for too long. With UF, UGA and A+M leading the way hopefully the other SEC coaches and swimmers will get off their backside. We need more great coaching, recruiting and mentally tough swimmers such as the ones at these 3 schools.

Apparently, you didn’t see this year’s SECs. LSU freshman kid lit it up. Bama had a great SECs. There’s plenty of great coaching and tough swimmers outside those three teams.

In fact, Brooks Curry went faster as a freshman than . . . Caeleb Dressel.

The fact that LSU had a conference champ is a good thing not going backwards! The conference depth is becoming better which will lead to more competitive meets. Duuuuuh!

Saw it and was unimpressed with the lack of A cuts and abhorrent placidity from the men’s side. Great coaching and tough swimmers for some is not so for others…But glad for you that you seem content with the overall SEC Mens status…many of us are not!

indeed, it was the last super fast meet before all this ****

With Luca, UGA could be the favorite to win the Men’s SEC championship for the first time in years. Florida graduates 322.5 points scored by this year’s senior class. Regarding this year’s freshman class/recruiting, the highest scoring group at SECs didn’t come from any of the 3 teams listed in the above comment.
https://swimswam.com/2020-sec-mens-scoring-breakdown/

UGA is definitely in contention for the title as of today with their stellar FR group incoming. Exciting to see high caliber swimmers joining the SEC. Some get excited about the “depth” of this conference. Depth tends to water down – those who want depth should pursue meets with A, B and C finals. Let the cream rise to the top! Duuuuuh! Oh and when will we get rid of diving???? Is that really a sport.

your screen name should be Duuuuuh!

I shall not lower my intellect to trading disparaging quips with you sir. I will simply enjoy reading and writing on this amazing site! Have a wonderful day!

Upon further consideration, I choose to rescind my previous comment and respond stating your screen name should be “Stinky Pants.”