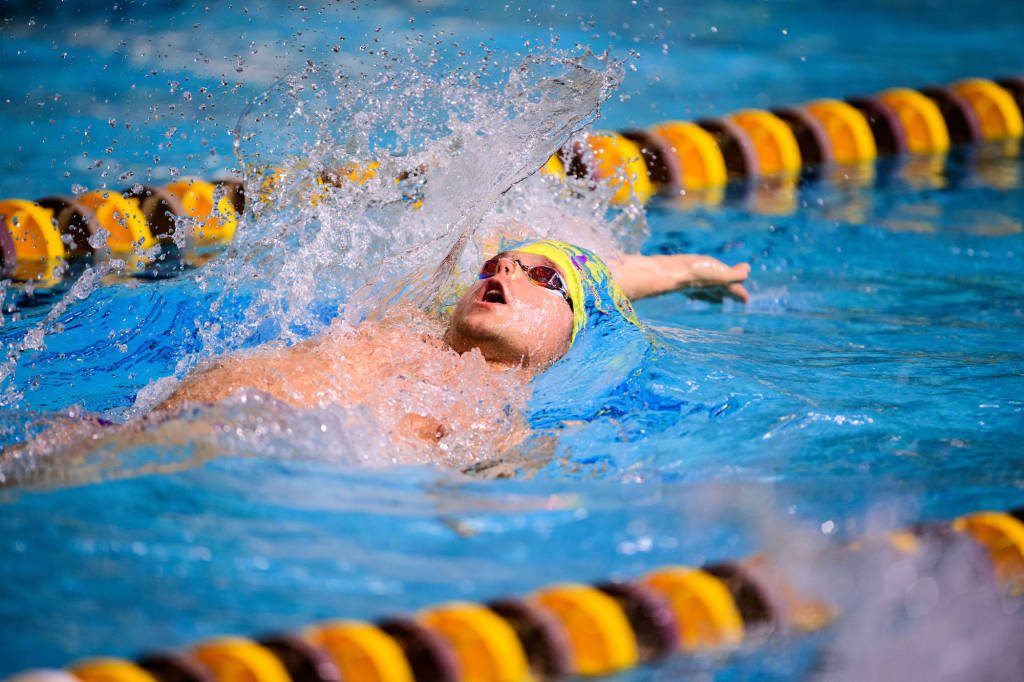 The SEC Championships unofficially opened on Tuesday morning with the first time trials session of the meet. One of the benefits of the SEC’s unique 5-day meet format is the ability for athletes chasing NCAA qualifying times (or just personal bests) to time trial races without overloading their schedule on any one day.

The LSU Tigers took the biggest advantage of the opportunity on day 1, where there is no swimming prelims session. That’s especially true for junior Karl Luht, who swam a 45.95 in the 100 back time trial. That’s a lifetime best for him by two-tenths, and most importantly is a likely qualifying mark for the NCAA Championships. A 46.14 was invited last year, and Andrew Mering estimates that a 46.08 will be fast enough this year (though that’s not a guarantee). The time ranks 15th nationally this season.

While not an NCAA qualifying time, South Carolina senior Caleb Tosh had a huge time trial result in that race as well, finishing in 46.75. His previous best time, from the 2016 SEC Championships, was 48.92.

The closest swim to qualifying out of the women’s time trials came from Tennessee freshman Trude Rothrock, who swam a 52.79 in the women’s 100 fly. That’s her best time in the event (she’d been stuck at 52.97 since the spring of 2017 at the Indiana High School State Championships) and, if repeated, should pick up big points in the B final of the 100 fly as Tennessee fights for the team title.

Auburn senior Foster Ballard swam a 1:42.76 in the men’s 200 fly time trial. That’s unlikely to qualify for NCAAs, but it is a time worthy of an A-Final at this meet in a race where, last year, he was Auburn’s highest finisher in 17th place at SECs (1:43.65, stuck in the C Final). He’d need to drop about 4 tenths to hit Andrew Mering’s qualifying projection for that race in his 2 more shots at this meet.

Also of note – Kentucky’s Wyatt Amdor swam a 52 in the 100 breast, but was disqualified.

Yeah, let’s give Foster Ballard some love! That was, by far, the best swim of the morning.

He has 2 more chances most likely