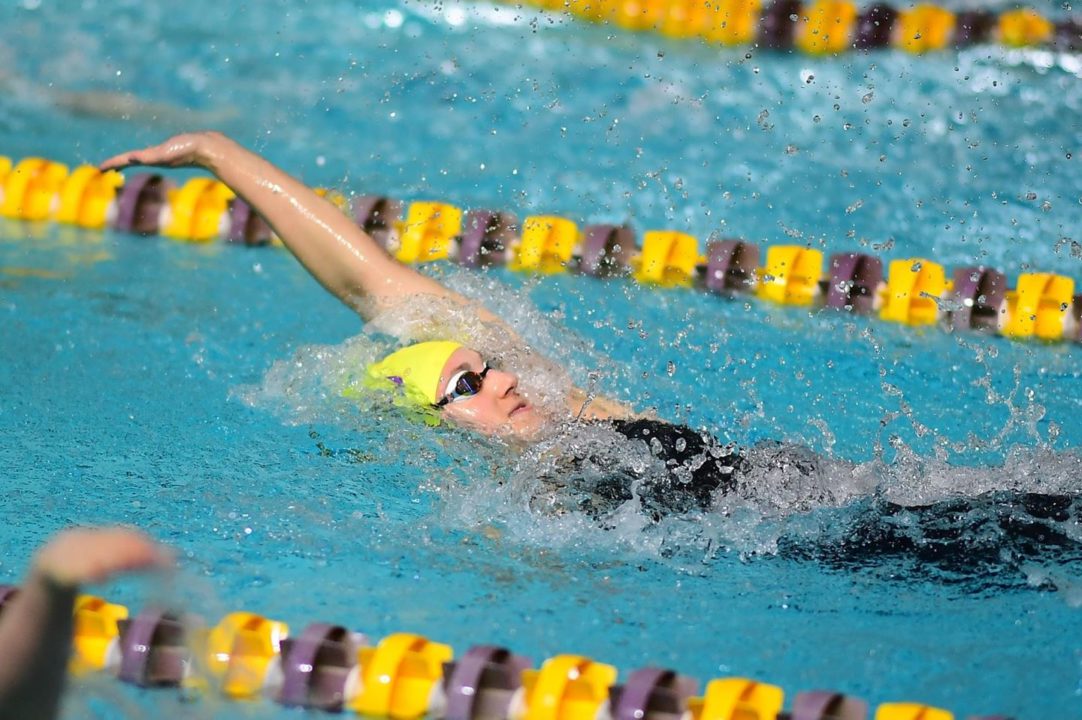 Niamh Robinson's sweep of the breaststroke events helped lead the LSU women to a narrow victory over SEC rival Mizzou by a score of 151-149. Current photo via LSU Athletics

The only thing rivaling the free sausage biscuit giveaway at the LSU Natatorium on Thursday was the quality of swimming, as Louisiana State welcomed SEC rival (and fellow Tigers) Mizzou for an 11 a.m. dual.

The women’s meet proved to be an incredibly tight affair, with the home team winning nine of 16 events en route to a two-point victory, 151-149. This was the first time the two faced off head-to-head since January of 2016, where LSU triumphed 164-136.

Both teams were reportedly suited, and Mizzou notably was missing Molly Gowans.

Leading the charge for LSU was freshman Niamh Robinson, who swept the women’s 100 and 200 breaststroke with showings of 1:01.35 and 2:10.42 respectively. Robinson broke the 200 school record back in November at the SMU Invitational in a time of 2:08.88.

Also key in the home team’s win was receiving 13 individual points from six different swimmers who had one win and one runner-up finish apiece, includng three more freshman.

Thompson is currently the fourth-fastest swimmer in the NCAA in the 50 with her 21.53 from earlier this season.

Mizzou also won both relays in times of 1:37.29 and 1:29.82 respectively, topping LSU by almost two seconds in the former and just over one in the latter. In the medley, Hynes led off in a quick 23.99 and Thompson delivered a 22.91 fly leg which were the difference-makers.

Wow. Huge upset. If Mizzou is on fire this season (and not just because of the suits) then maybe LSU is too.