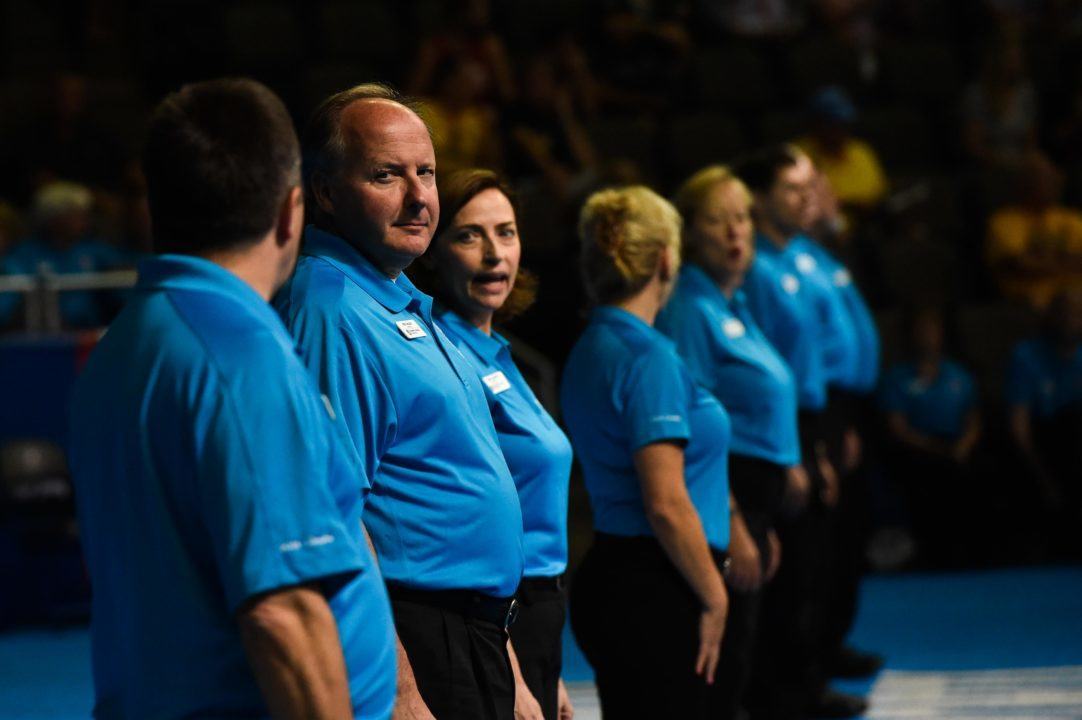 A bill currently in the Louisiana Senate would create a misdemeanor crime for harassing refs and officials at youth athletic events. Being convicted of the crime could come with up to 90 days of imprisonment. Stock photo via Mike Lewis/Ola Vista Photography

A bill currently in the Louisiana Senate would create a misdemeanor crime for harassing refs and officials at youth athletic events. Being convicted of the crime could come with up to 90 days of imprisonment.

Baton Rouge newspaper The Advocate reports that House Bill 184 would created a class of misdemeanor crime for “harassment of a school or recreation athletic contest official.” The state Senate voted 35-0 in favor of the bill over the weekend. The bill will now return to the state House of Representatives for consideration of an amendment that would criminalize “not leaving the field and facility when ordered by police,” per The Advocate.

The sponsor of the bill, Republican Cameron Henry, says the bill is “unfortunate,” but necessary, USA Today reports. Louisiana’s high school athletic association has already sent out a memo telling parents to stop harassing and threatening referees, and USA Today cites a case in which a youth basketball coach in Michigan was arrested for assaulting a referee. Police say the coach punched the official and knocked him unconscious, and a family member of the official posted on Facebook that he was being treated for a concussion and a broken collarbone, among other injuries.

The Chicago Tribune reported last month on a shortage in officials across all sports in youth and high school leagues. That story cited a survey in which 87% of officials said they’d experienced verbal abuse, and that the behavior of spectators has caused many officials to leave the job altogether.

As a coach in any sport, you and your team are better off adjusting to how the rules are enforced, compared to changing the mind of a referee/umpire/official on how they’re going to officiate.

Huh, and here I was going to say something snarky about southern culture, but the article linked/cited deals with a Michigan event. What the heck is wrong with people these days?

Yeah, definitely not a southern culture thing. My dad, who was born, raised and lived in Chicago for almost all of his life until about age 50, certainly wasn’t the worst, but he was asked to leave more-than-one of me and my brother’s sporting events.

My first thought was Philly… then southern baseball/softball… but it’s definely a widespread issue.

**Shane Tusup has left the chat**

Before allowing a child to participate in an organized sport, parents should be required to read something like the following:

Freedom of speech should not be a crime. Violence or threats are illegal for sure, but making verbal “feedback” to refs or (especially) baseball umpires a crime is regulatory overreach, especially in HS Baseball. Many of those guys do not even know all the rules (and they do not know that they do not know the rules). We’ve had the police come to remove blowhard umps from the field after yelling incessantly at the kids and then ejecting both managers from the game for trying to calm them down. These interactions were some of my proudest moments as a coach of teen baseball. The umps, who weres either drunk or just in really bad moods, still were not arrested, just… Read more »

I agree – unless they have police officers there to witness the confrontation first hand, who’s going to judge what’s acceptable and over the line? And actual jail time seems a bit much for yelling; a fine seems more appropriate to me (not a lawyer, judge, or lawmaker).

The Michigan youth basketball example also seems like a poor one given that they could just, you know, charge the guy for assault and battery. I wonder what specific cases this law would cover/support that aren’t already; I assume if you were causing a brouhaha you could get charged with disrupting peace, rowdiness, or even public intoxication if alcohol was a factor.

1) I agree that in many of these situations other crimes could apply.
2) Are you saying that crimes can only occur if a police officer is present to witness a crime?
3) Many youth sporting events do have police officers present these days.
4) Maybe this just becomes a ‘rider’ on other charges? Like, assault is 1 year in prison, assault of a youth sports referee gets an extra month?
5) Youth sports parents are a joke and a real problem. The coaches are often not much better. Everyone thinks they’re Coach K, working the umpires for the next call. Give it a rest.

This is all a moot point. The SafeSport Act, a federal law, was signed into existence in February, 2018. It does not cover adults, but it does cover all youth referees, in just about all sports. They would be covered under the abuse power (mental, physical,emotional, bullying,hazing) of this law. The haranguing of a youth official would be covered under this (federal) law. There are some that believe that such ‘activities’ are ‘part of the game’. For the party that targets a youth, it never was ‘part of the game’, and now federal law makes it possible to enforce this, nation wide. Many organizations have not woken up to the existence of this new federal law, which became effective last… Read more »

As a soccer referee for higher level youth soccer (OPL, PLW, NPL) I find it disturbing that there should be laws governing parent feedback. Every official knows it’s within their powers to throw parents out and/or call for security to throw them out for them. This is actually really stupid.