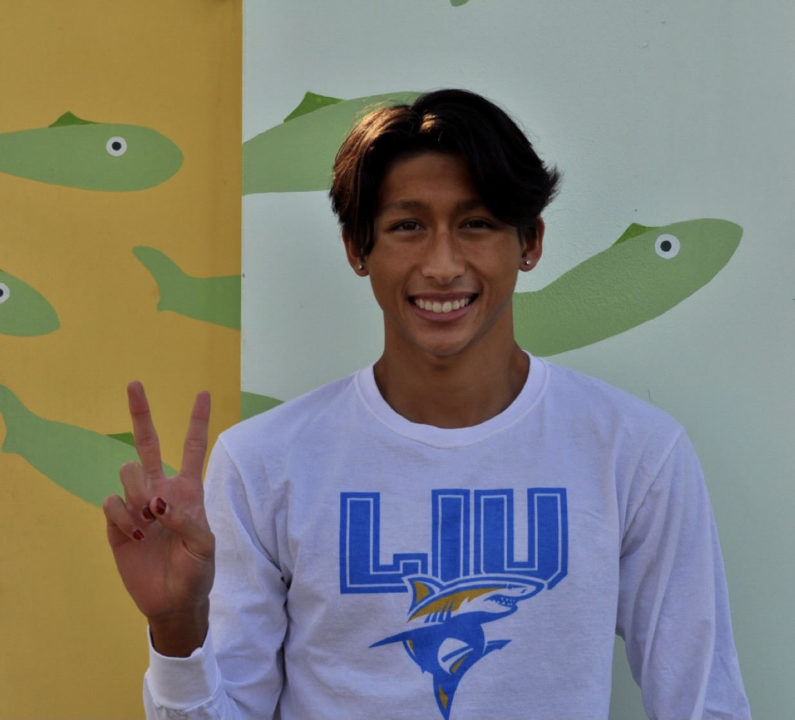 Nevada HS 4A Mountain Region finalist Ethan Smith has announced his decision to swim for Long Island University beginning in the fall of 2021. Current photo via Michael Kinross

Ethan Smith of Las Vegas, NV has announced his decision to swim for Long Island University beginning in the 2021-2022 season. He is a senior at Palo Verde High School and he swims year-round for the Sandpipers of Nevada.

I am overjoyed and extremely excited to announce my verbal commitment, continuing my academic and athletic adventures at Long Island University. I can’t feel enough gratitude for all my friends, family, and coaches in supporting and helping me become the athlete I see in the mirror. Also, a big thank you to Coach Matt Donovan for helping me through the recruiting process. I am thrilled to represent the team and program. GO SHARKS!!!🦈

During his sophomore season at Palo Verde High School, Smith competed at the Nevada 4A Mountain Region Championship. He swam the 100 back and the 100 fly, making it back for finals swims in each. He went a 1:00.01 in prelims of the 100 back, earning a spot in the A-final. He went 1.25 seconds faster in finals, moving up a spot to finish 7th. Smith swam in the B-final of the 100 fly, after touching 10th in prelims in a time of 1:01.14. He improved that morning swim by almost 3 seconds in finals to win the B-final, clocking in at 58.19.

Long Island University announced in May that they would be adding a men’s team to their program in the 2020-21 season. Coach Donovan has coached the women’s team the last four seasons and is now heading up the men’s team as well.

Smith will be a member of Long Island’s class of 2025.