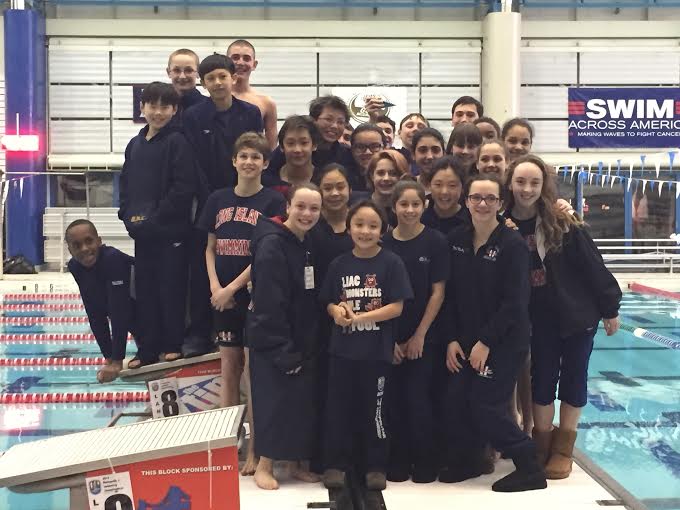 The Long Island Aquatic Club (LIAC) competed in the annual Junior Olympic Championships this past weekend. The qualifying swimmers were...

The Long Island Aquatic Club (LIAC) competed in the annual Junior Olympic Championships this past weekend. The qualifying swimmers were from teams all over the metropolitan area. It was a close battle until the end but LIAC succeeded with their 14th straight combined team championship with just 30 points separately LIAC and the second place team. The top clubs were all in attendance and the competition was intense. These young athletes sprinted to the finish line for the top 16 spots in the preliminary heats. LIAC won the combined 11-12 age group championship, 13-14 age group championship, and swept the 15-18 Team Challenge awards with the combined, Men’s and Women’s titles. This includes Timothy Marski winning the high point award for the 13-14 boys age group championship, Alice Ye earning herself the third place high point for the 13-14 girls, and Sam Gallego winning high point in the 15-18 team challenge with Kimberly Chan coming in at a close second!