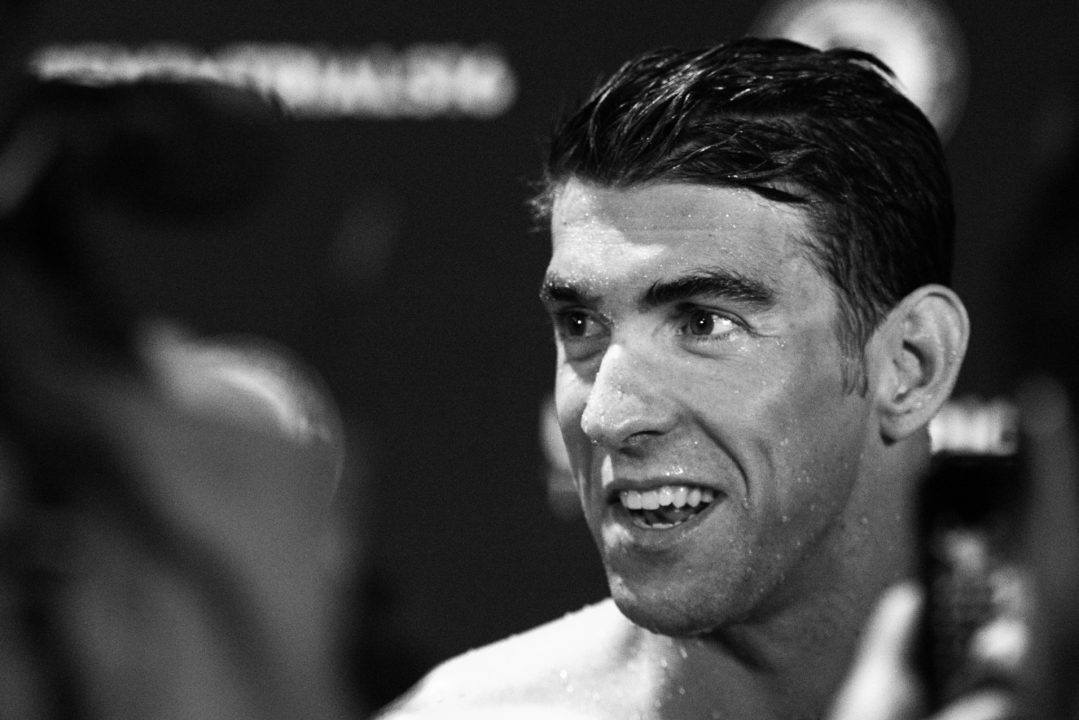 Phelps posted two live videos Friday, one before the team’s practice at the San Antonio Northside Swim Center and another on the team bus after practice.

The videos give an inside glimpse at some of the team dynamics on the U.S. Olympic Team, and swim nerds will love the features for their long list of cameos from big-name swimmers.

The first video is a short look at the team before practice. Phelps finds longtime Team USA teammate Ryan Lochte for a brief chat, and also gets head men’s Olympic coach Bob Bowman in on the action for a brief moment.

The second video is the longer one, which takes place on the team bus after a training session. Phelps, seated next to Lochte on the bus, chats with teammates around him – conducting a fan-directed interview with world record smasher Katie Ledecky, convincing his shirtless seatmate Lochte – “I want to get a tan,” he explains – to flex for fans and getting the bubbly Elizabeth Beisel to sing country songs.

A few of the high points: Team USA shares some of their favorite songs, Phelps introduces “the oldest dudes here” – himself, Lochte, David Plummer and Anthony Ervin, who sit together in the back of the bus – Beisel and Caeleb Dressel try to take over Phelps’ Facebook live feed with ridiculous questions of their own and Ledecky shows off a little bit of dry sarcasm, including when a fan asks her on a date through Phelps’ Facebook feed.

These videos are great. It lets us fans see that even our heroes, the Olympians, can relax and have a good time like normal people.

I really enjoy seeing this type of video with my swimming superheroes just hanging out and relaxing!

Never thought about it til I saw them sitting next to eachother, but I bet Beisel and Dressel would be hilarious to be around. Seems like their dynamic would be great.

Is training camp in San Antonio? For some reason I thought they were in Atlanta?

I think the Atlanta one’s a substitute for a different, later trip? (Might’ve replaced PR, b/c of Zika.)

Caeleb’s not messing around with those shorts. He has now made a new fan and it is me. (Little over 3 minutes into the 2nd video.)

How many of these Fb video does Phelps have to make to earn his 200k?