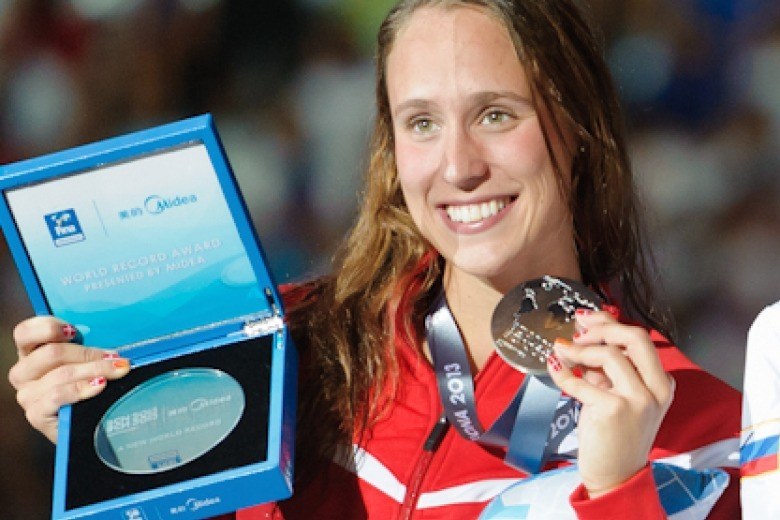 Rikke Moeller-Pedersen will be the new European Champion and Record holder of the 200 breaststroke after FINA approves the reshuffle of results from Herning.

After the FINA Doping Panel Announced a suspension of 2013 European Champion and World Record holder Yulia Efimova, there will be a lot of shifting of results to happen.

Among the most significant shifts will be those medals and prizes won at the 2013 European Short Course Championships, where Efimova won four golds and a silver.

In total, her prizes sacrificed will be:

Some of these lost medals will bring great frustration to her European teammates, given that Efimova was notified of the adverse finding prior to the meet. The mixed medley, for example, had such a huge cushion over runners-up Germany that it likely could have won gold with a different breaststroker on the relay.

This means that a waterfall of results will be changed as swimmers are promoted in the standings. New medal winners will be:

(Note: all changes must be confirmed by FINA before official).

The biggest winner of the shifting was perhaps Sweden’s Jennie Johansson, who picked up two new bronze medals and a new silver medal after Efimova’s loss-of-results.

In addition, Efimova will lose her results from the Singapore and Tokyo stops on the World Cup circuit. While she will still have several points from the second leg (Moscow, Dubai, Doha) of the trip, she will lose her Asia cluster prize money of $8,000, as well as a $10,000 World Record bonus and several thousand dollars in event prize money.

With a lot of shifting possible because of how many different rankings FINA keeps at these World Cup meets, we’ll save all of the details, but the wins that Efimova will be stripped of include:

How not glad is Vlad?