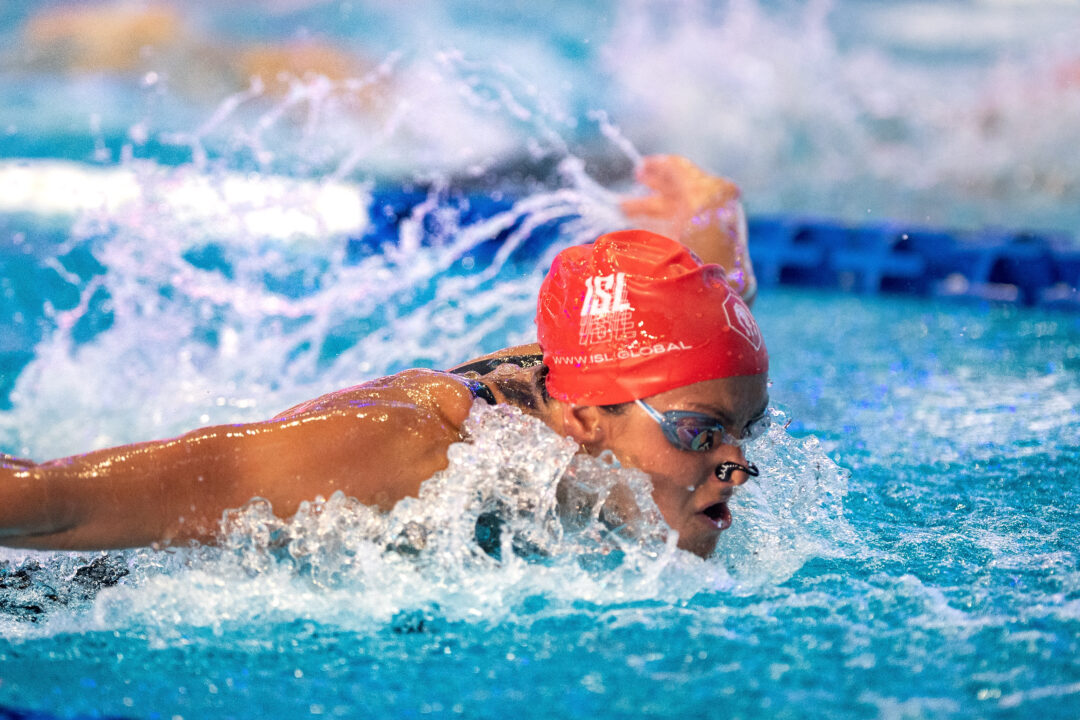 Racing happened in Nice, France today on day one of stop one of the 2022 FFN Golden Tour, with American Linnea Mack in the water. Archive photo via Giorgio Scala / Deepbluemedia / Insidefoto

Day 1 of the 2022 FFN Golden Tour in Nice, France got quietly underway today, with the meet representing just one of two stops on the tour with Marseille taking place early next month.

We reported how Hungarian Olympian Katinka Hosszu bowed out of at least the first day of the meet, citing food poisoning. She was set to contest the women’s 200m IM today, in addition to the 400m IM and 200m fly later on in the meet.

Sprint star Florent Manaudou was indeed in the water in the morning, posting an AM swim of 23.78 in the men’s 50m fly, but the 31-year-old Frenchman opted out of the event’s final this evening.

Taking the 50m fly meet title was Maxime Grousset, with the fellow Frenchman stopping the clock in a time of 23.72. That marked the only sub-24 second outing of the field. Grousset owns a lifetime best of 23.31 in this LCM 50 fly event, a result he posted at this same meet one year ago.

The women’s 50m breast saw visiting Dutch swimmer Rosey Metz get it done for gold, putting up a winning effort of 31.01. A time of 30.63 represents this 20-year-old’s career-quickest so she was within half a second of that result here in Nice.

Additional wins came from American Linnea Mack and Yohann Ndoye Brouard of the host nation. The former took the women’s 50m free in 25.21 while the latter found success in the men’s 100m back in 53.67.