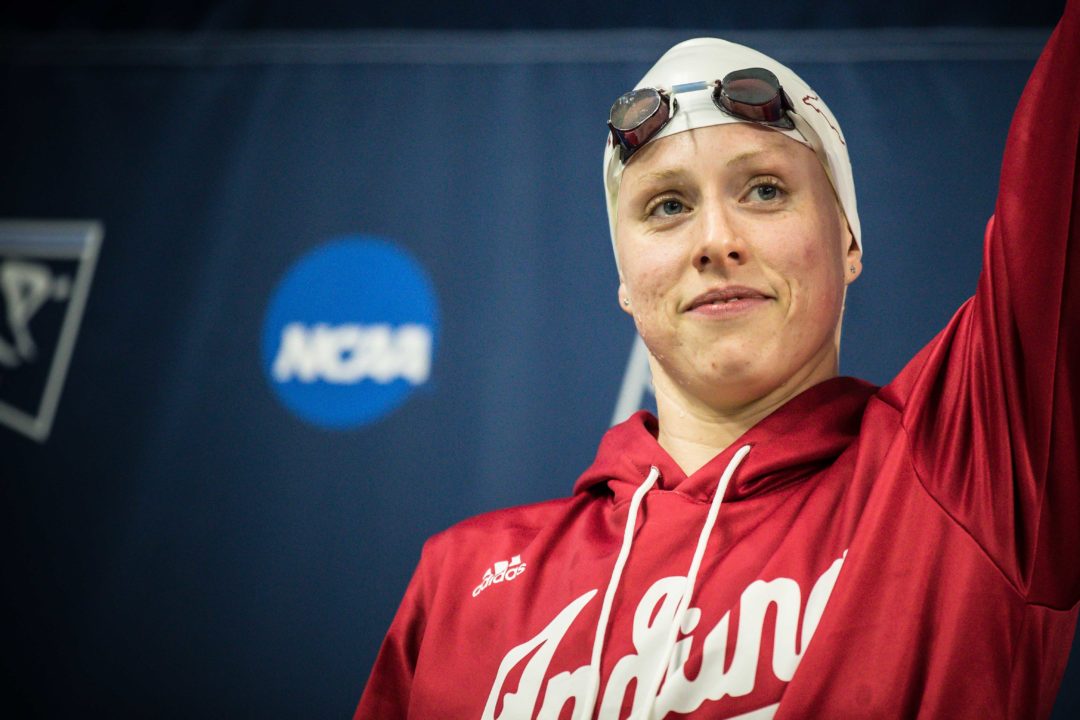 Congratulations to Indiana’s Lilly King for being named the winner of the Honda Sports Award for Swimming & Diving!

Lilly is just the fourth Hoosier in history to earn the prestigious accolade!

The award honors the best female swimmer or diver of the collegiate season, and King will now go up against the winners from 11 other NCAA sports for Collegiate Woman Athlete of the Year and the 2019 Honda Cup.

This was the 22-year-old’s fourth consecutive year being nominated for the award, but her first win. Mallory Comerford of Louisville, Abbey Weitzeil of Cal, and Beata Nelson of Wisconsin were the three other nominees this year.

“I am thankful and humbled to be selected as the 2019 Honda Sports Winner for swimming,” stated King in the CWSA release. “Just to be nominated along with three other incredible swimmers is an honor in itself. I would not be here if not for the love and support I have been given by my team, coaches, and professors at Indiana University. As the first Hoosier to win this award in 30 years, I truly am thankful for all the blood, sweat, and tears my IU family put in to helping me reach my dreams.”

“As one of the most prestigious awards in women’s athletics, the Honda Sport Award is a very rare honor bestowed upon any Indiana female athlete,” said IU head swimming coach Ray Looze. “As only the fourth recipient in IU history, Lilly has distinguished herself in her community, at her university and in her sport at the highest levels. All Hoosiers are very proud of her and the legacy she has worked hard to establish over the last four years.”

In her senior year, King made history as the first female to sweep both the 100 and 200 breaststroke events at four consecutive NCAA Championships. She also reset her American and NCAA Record in the 100 breast down to a mind-boggling 55.73.

Swimmers have won the prestigious Honda Cup Award in three of the last four years: Missy Franklin won in 2015, Katie Ledecky did so in 2017, and then Simone Manuel was the winner last year.

If King were to win, she would become the first Indiana Hoosier to do so, and it would also give swimming & diving the longest win streak of any sport to win since basketball had three straight winners from 1977 to 1979 (the first three years it was awarded).