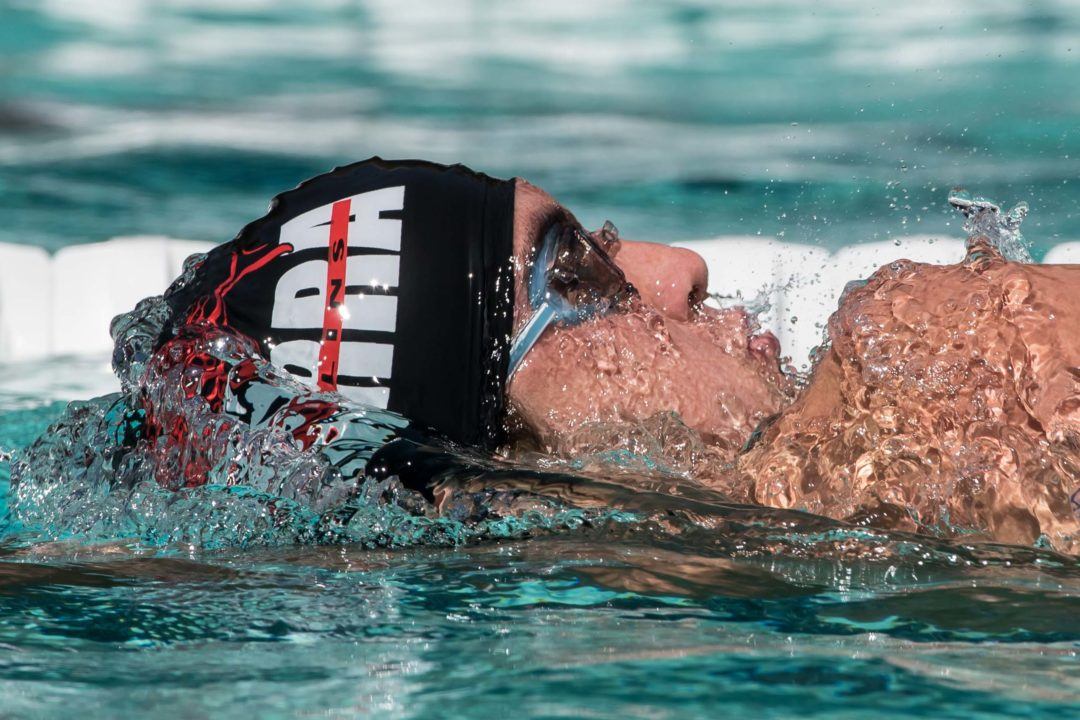 His previous best was a 50.52, and he's now broken the 50-second mark for the first time. Current photo via Mike Lewis/Ola Vista Photography

Rising Utah sophomore Liam O’Haimhirgin, representing the Sierra Marlins, had a two-plus second drop from prelims to go 49.92, winning the men’s 100 free. His previous best was a 50.52, and he’s now broken the 50-second mark for the first time. His Sierra Marlins teammate Bryce Mefford, a Cal commit, was 50.86 while Albert Gwo, who initially committed to Cal in 2015 but has since changed to a commitment to Columbia University in NYC, finished 51.51 to win the B final for the third-best time of the night. Gwo is training with Palo Alto Stanford Aquatics.

Ault was also present in the women’s 200 fly, going 2:14.87 which was good for 2nd place. The Florida commit was entered with a 2:16.72 but improved upon that considerably tonight. Winning that race was her club teammate Catherine Sanchez, a rising USC sophomore. Sanchez coasted to victory, posting a 2:12.52 which was a lifetime best.

does anyone know why Brad Gonzalez of La Mirada doesnt swim college or have a ranking on collegeswim?

I think he’s going to UNLV