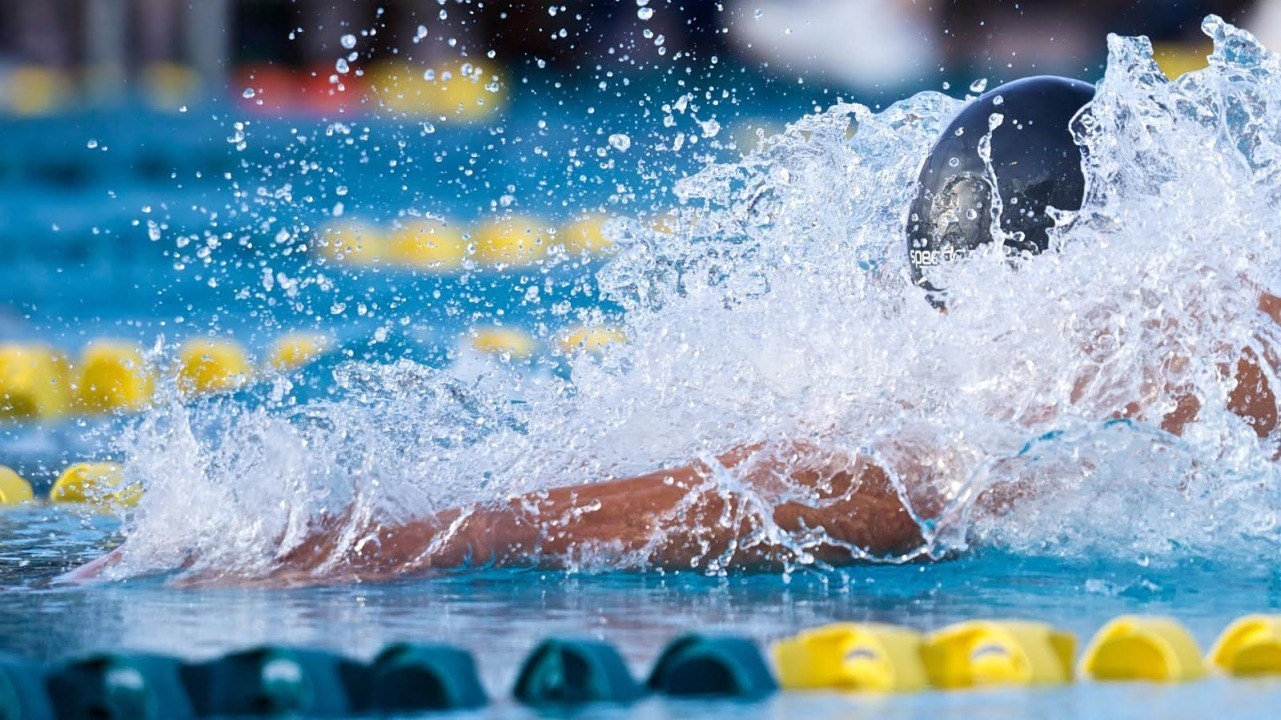 "One of the great competitors in the last 25 years of swimming is Mike Barrowman, a 200 breaststroker." Current photo via Mike Lewis/Ola Vista Photography

CHUCK WARNER: Are you ‘striving with’ or competing?

In the overwhelming heat of competitive emotions it’s easy to lose sight of the fact that the root meaning of “competition” is to “strive with” another athlete, team, employee or company. One of the great competitors in the last 25 years of swimming is Mike Barrowman.  Barrowman recognized that any good athlete around him had the potential to help him be better if he approached the ‘competition’ the right way.

Mike was a little guy…and hasn’t gotten any bigger! He never grew to 6 feet tall and wasn’t visibly strong, but he was an incredible competitor. When we were researching the book …And Then They Won Gold, he told me “I wasn’t a swimmer. I was a competitor looking for a way to most accurately measure the results of my efforts.” Mike found that the objective results in the sport of swimming suited him well.

In 1988, Mike obliterated the American record in the 200-meter breaststroke but had a disappointing Olympics. In order to improve his summer training he invited one of the top 200-meter breaststrokers in the world, Sergio Lopez, from Spain (now coach at the Bolles School) to come and train with him. Mike believed the fiercer the opponent each day in practice the more he would improve. Sergio and Mike battled their way to the top of the world in the event, by battling each day in practice.

During his winter months at Michigan, his coach John Urbanchek recognized Mike’s competitive will in training and recruited another great breaststroker Eric Wunderlich to push Mike harder every day in training than a coach ever could.

Mike welcomed and recognized how much Lopez and Wunderlich helped him, but competed every day to train a little faster than they did on every possible kicking, pulling and swimming set…and dry-land work too.

Coaches often shy away from exposing their swimmers to top competition for a variety of reasons. Some make sense in developing the swimmers confidence one step at a time. One of the world’s most successful swim coaches Mark Schubert took the opposite approach in creating his dynasty at Mission Viejo in the 1970s and 80s. Mark would find the best competition, get his swimmers to it and then they would work together on ‘playing catch-up.’

The result of Mike’s daily battles with Sergio and other teammates was an amazing string of dominance in the world of breaststroke that included holding the world record in the 200 for 13 years until Kosuke Kitajima broke it in 2003.

…watching their child go to a fast meet and  finish in 85th place in two events is a hard concept for many parents to except…even harder when there is a big travel bill to pay.  If you are a coach that believes in approaching competition the way Coach Schubert did, work on your sales skills. They’re critical to your athletes’ success.

…a former swimmer and successful stock/futures trader, Greg Sargent, once said, “I love the energy of the floor of the New York Stock Exchange. But nothing compares to putting your hands on the front edge of the starting block, laying it all on the line in your big swim meet.”

…The Boston Celtics were ousted from the NBA Playoffs Saturday night after an improbable and heroic run to finish within a game of making to the finals. Team Captain Paul Pierce commented afterward that the contributions of a great competitor like Kevin Garnett help make the Celtic a contender each year since he arrived about 2007. Pierce said that Garnett changed the culture of practice, team preparation and even challenged the Celtic bus driver to do his job better…managing “upward” is all a part of being a great swimmer or a great coach…find a way to make those around you better and you will be too.

peaking of races ive been trying to find the mens 400 IM final from Atlanta olympics. anyone know where i can find it?

Do you have any links to some of Barrowman’s swims? The only one I could find was the 1992 200 Breast in Barcelona.

One of the all-time greats.

I was on the team with Mike and Joszef right after his 1988 Seoul appearance. The breaststroke group also featured Roque Santos, who actually beat Mike at the 1992 Trials to earn his spot in Barcelona. At one time, the breaststroke lane had Barrowman, Lopez Miro, Santos, and also Olympians Hungarian Karoly Guttler and Canadian Cam Grant, among others. Joszef had a great med ball circuit, because the club didn’t have access to a weight room. I taught that med ball circuit to my own college teammates, and still know the sequences and exercises 26 years later. Joe was clearly the class of coaching with that team (if the intersection of success and the law is any indication).

Jozsef Nagy was one of the best breastroke coaches of all time. I remember reading about him, he was definitely the key to Barrowman’s success. Great story to read.

Mike also rarely swam the 100 breast because he felt it hurt his timing for the 200 breast. He was very tuned into his technique.

Fun fact: Barrowman could also put down a mean 400 IM, was top ranked in the world at one point (3rd I think?) But didn’t compete in the IM seriously because he wanted to focus on brst exclusively.