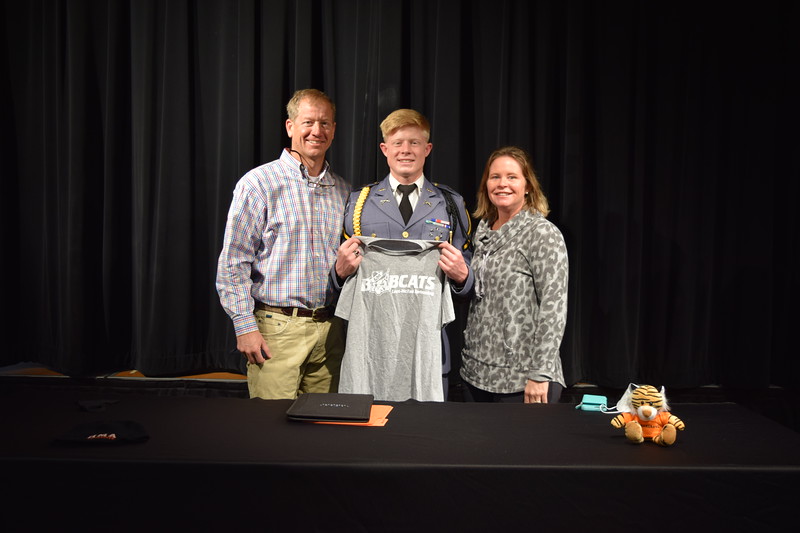 Originally from Cairo, Georgia, Nathan Higdon has announced that he has committed to swim at Lees-McRae College beginning in the fall of 2021. While Higdon is from Georgia, most of his high school career has been spent in Virginia, where he swam at the Hargrave Military Academy. At Lees-McRae, he intends to study Outdoor Recreation Management and Criminal Justice.

Higdon has had a historic career while competing at Hargrave. After breaking the 17-year old school record in the 100 breast with a time of 1:01.59 during his junior year, he further lowered it as a senior to 59.77. In his final year, he also picked up a second school record in the 200 IM, touching in 1:57.61. In February, he helped guide Hargrave to it’s first conference championship win since 2015, picking up wins in the 100 fly (53.47) and 200 IM (1:58.90). By signing his letter of intent to Lees-McRae, he became the first swimmer to commit to swim in college from his school since 1994.

At the 2021 Conference Carolinas Championships, Lees-McRae finished in 4th. At the meet, the school’s top 100 breaststroke performance came from freshman Carson Cross, who took 7th in 1:00.36. The school had two athletes compete in the event during the season, with the program’s fastest, Christian Nishimura, graduating after this season. Nishimura finished in 57.85 in the event in October.

In addition to coming in as one of the program’s top breaststrokers, Higdon would also have been among the school’s top-3 in both the 100 fly and 200 IM during the 2020-21 season.