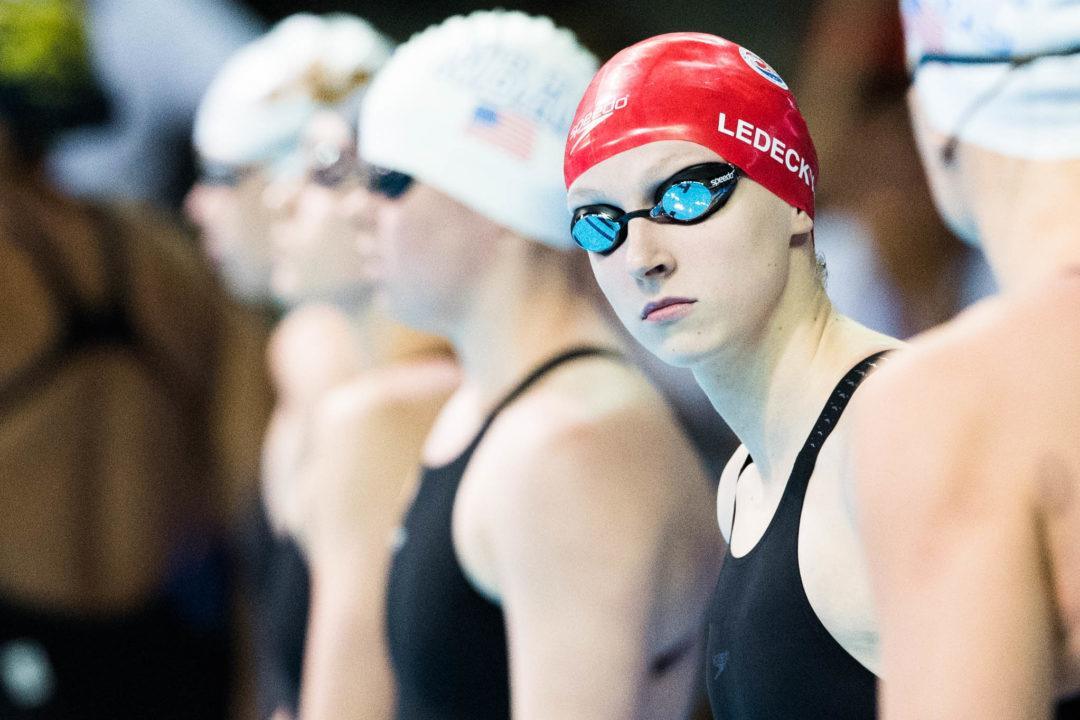 Katie Ledecky has scratched out of the women’s 400 IM final on day 3 at the Arena Pro Series in Atlanta, opting to focus on the 200 free. This morning the 200 free was at the beginning of the schedule and the 400 IM at the end, but the 400 has been moved to the top of the order for finals which would’ve left Ledecky just 22 minutes between races. She was the top seed in both events coming out of the prelims.

Ledecky’s scratch moves Mabel Zavaros of Oakville into the A-final. Zavaros also benefitted from Gabby DeLoof‘s scratch in the 200 back, moving into the A-final in that event as well after a pair of 9th place finishes this morning. DeLoof was 4th in the prelims.

Hali Flickinger and Cierra Runge were the other two scratches from A-finals tonight, both out of the women’s 200 free. They were 5th and 8th respectively in the prelims. Mallory Comerford and Katie Drabot move into the A-final. Flickinger will solely focus on the 200 back tonight, while Runge has no more events and is done for the weekend.

There were six scratches from B-finals:

Also of note, Ryan Murphy scratched out of the 200 free C-final. He’ll swim the 200 back tonight in the fast heat.

Katie did the double in Mesa and it work well.

She’s probably in much harder training. In mesa she was just coming off of ncaas.

They’re all in FINALS…the academic kind