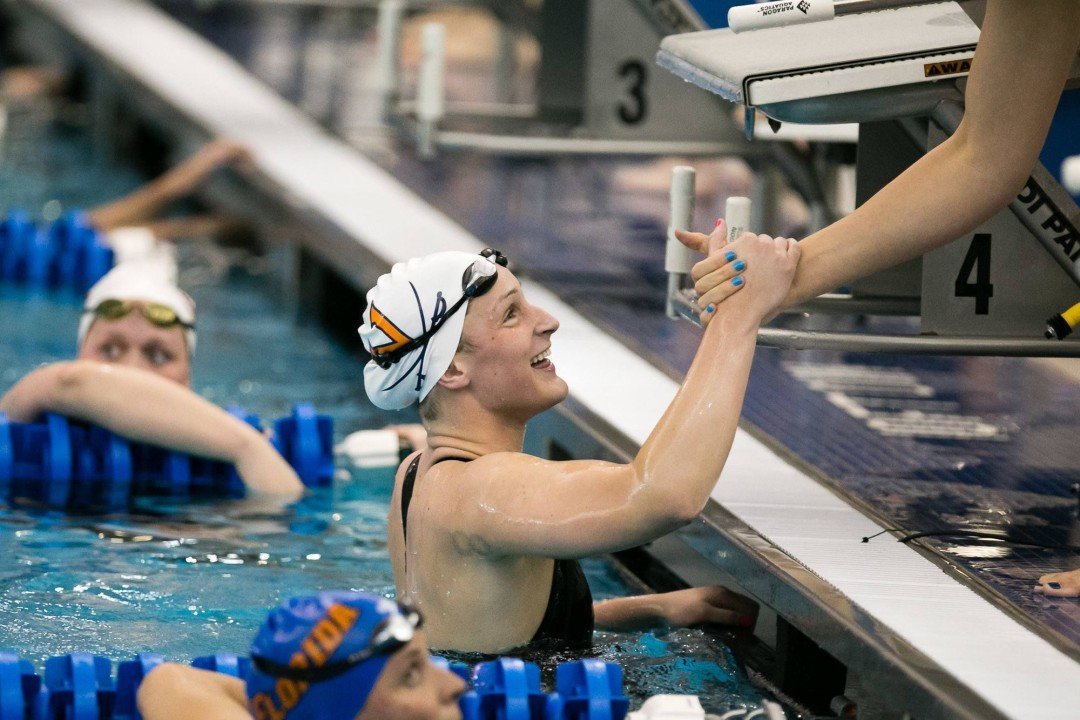 Stuart earned Co-Male Swimmer of the Week honors after leading the Wolfpack to victories over North Carolina and Virginia. The sophomore finished first in both the 100 and 200 back, posting NCAA B-cut times in each event. He also posted one additional top-five finish in the 200 IM, while his 200 medley relay team finished third.

Tarasevich also earned Co-Male Swimmer of the Week honors after posting two NCAA B-cut times in the Cardinals’ dual meet against Indiana. The junior touched first in both the 100 and 200 back, while his 200 medley relay team also finished first with a time of 1:27.02. Tarasevich was also a part of the 400 medley relay team that finished second.

Smith was named Female Swimmer of the Week for her performance in the Cavaliers’ victories over NC State and North Carolina. The junior finished first in the 1000 free with the top national time of 9:34.21. She also placed first in the 200 and 500 free, posting NCAA B-cut times in both events.

Nyquist earned Male Diver of the Week honors after taking three of four first-place finishes over the weekend. The junior won the 3-meter event in the Tar Heels’ meet against NC State and Virginia, defeating the rest of the field by 46 points. He then placed first in both events against Duke, winning the 1-meter event by 50 points and the 3-meter by 60.

UNC’s Dawson won Co-Female Diver of the Week honors for her performances against NC State, Virginia and Duke. The sophomore was third on the 1-meter board in both meets, but dominated the 3-meter board, winning by 28 points versus NC State and Virginia and 22 points against Duke.

Mumma also earned Co-Female Diver of the Week honors for her performance in the Wolfpack’s meet against North Carolina and Virginia. The senior finished first on the 1-meter board with a score of 312.95 and second on the 3-meter, finishing with a score of 325.80. Mumma now hold 13 first-place finishes on the season.