LA Current of the ISL Name Coaching Staff for 2020 Season 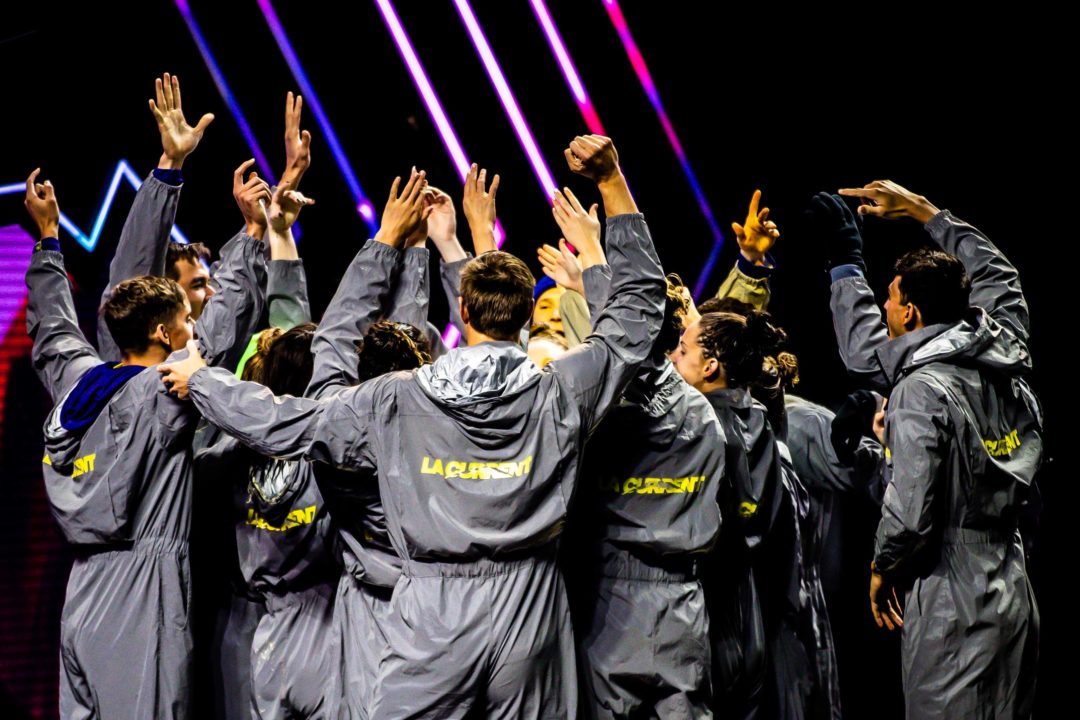 David Marsh will return as the head coach for the LA Current in 2020. Jack Roach returns as an assistant, and they'll be joined by Kim Brackin... Archive photo via Jack Spitser/Spitser Photography

The Los Angeles Current of the International Swimming League (ISL) have finalized their coaching staff for the 2020 season.

David Marsh will return as the team’s head coach, and Jack Roach will return as an assistant coach. This year, they will be joined by Kim Brackin as the first female coach in club history.

“We are very excited to add Kim to our coaching staff this season. She brings tremendous experience and success on both collegiate and international levels,” said the team’s general manager Lenny Krayzelburg. “Over the course of her career she has worked with many of the best athletes and coaches from around the world and we are excited to have her be part of our team.”

Brackin fills the slot that last year was occupied by Brett Hawke, with whom she shares a grand career parallel. Hawke and Brackin were the top assistants at Auburn under David Marsh for much of the 2000s when the program was at its peak. During that decade, the team won 6 men’s NCAA team titles and 5 women’s titles.

Hawke would eventually go on to become the head coach at Auburn, while Brackin took a job as the head coach at Texas, though neither are currently at those positions. Among Brackin’s best-known athletes globally is Kirsty Coventry, a Zimbabwean who has won 2 Olympic gold medals among 7 total medals in individual events in her swimming career.

Brackin’s current ‘day job’ is as the owner and coach of Brackin Elite Swim Training, where she trains swimmers in an Endless Pool.

Brackin discusses her new position on the latest episode of the SwimSwam Podcast, which will be available on Wednesday morning.

Roach, meanwhile, is the Director of Coaching and Athlete Development at Tide Swimming: a position he has held since 2017. He has a long history in the sport, including 10 years as an assistant for the women’s team at the University of Texas that saw them win 2 NCAA titles, as a coach of the Mexican National Team from 2008-2008, as the National Junior Team Director at USA Swimming, and as a support coach for the US Olympic Team at the 2008, 2012, and 2016 Olympic Games.

Last season, Marsh, the 2016 US Olympic women’s team head coach, led his team to a 4th-place finish at the championship match of the opening season of the ISL in 2019. They finished almost 100 points behind the other American team in the finale, the 3rd-place Cali Condors, in the team standings.

Marsh currently coaches a professional training group based out of San Diego called Team Elite, and also serves as a consultant for the Israel Swimming Association.