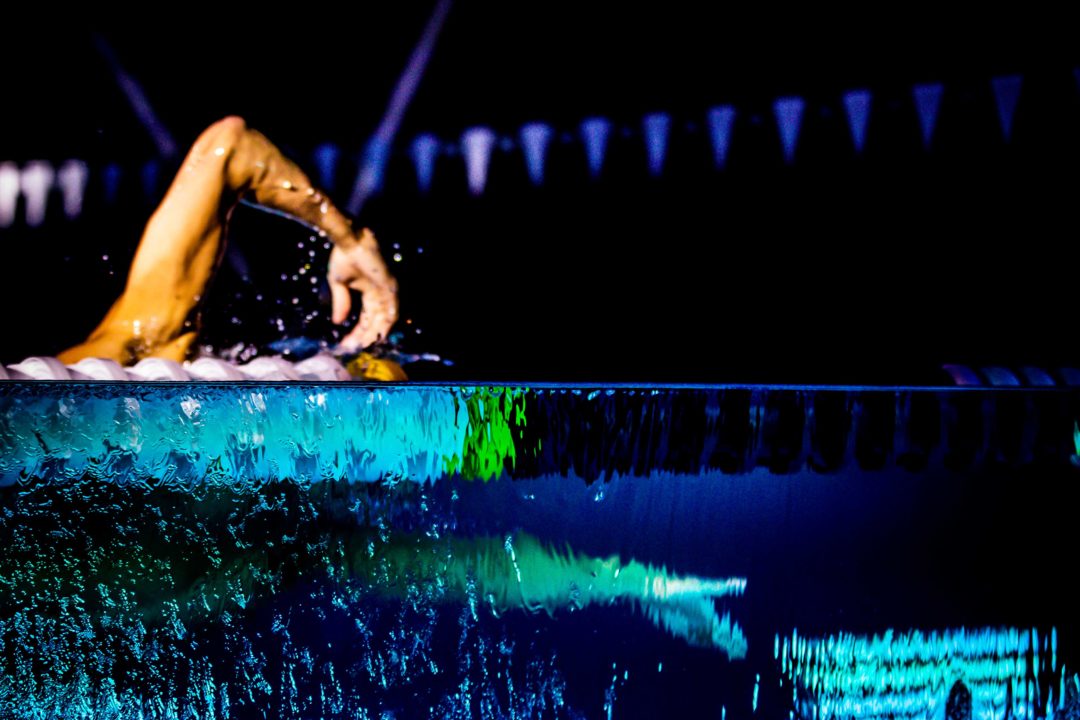 The Japanese Olympic-qualifying standards are set inside the national record in some cases, such as this men's 800m freestyle. Stock photo via Jack Spitser/Spitser Photography

While competing on night 5 of the 2021 Japan Swim, the meet which represents the nation’s sole Olympic-qualifying competition, Shui Kurokawa took down the men’s 800m free national record.

Stopping the clock in a time of 7:49.55, Kurokawa overtook the previous Japanese standard by exactly .10, surpassing Olympian Takeshi Matsuda’s mark of 7:49.65 set back in 2009.

However, this men’s 800m free is representative of how stiff the JASF-dictated Olympic qualification standards are, as a national record-setting swim still didn’t make the squad. Kurokawa needed at least 7:48.12 to be named to the Japanese Olympic roster, meaning the swimmer fell well over a second outside of that threshold.

Splits for the 19-year-old are below, with Kurokawa representing the only racer of the final to get under 7:50.

This type of selection process really spoils the Olympics for me. Someone slower than him will now probably sneak into the final while this guy sits at home.

I know there are a couple of strong contenders in the 800 and it is unlikely that anyone outside of those gets a medal but 7:48 made the final in Gwanju. This guy should be there.

Imagine being told you’re not good enough for the Olympic team when you broke a supersuited National record. What a shame

I do not understand having a qualifying time faster than the FINA A cut for a home games. You do not need to send athletes anywhere far, the home nation can rally around a competitor in each event & this man is ranked 4th in the world!