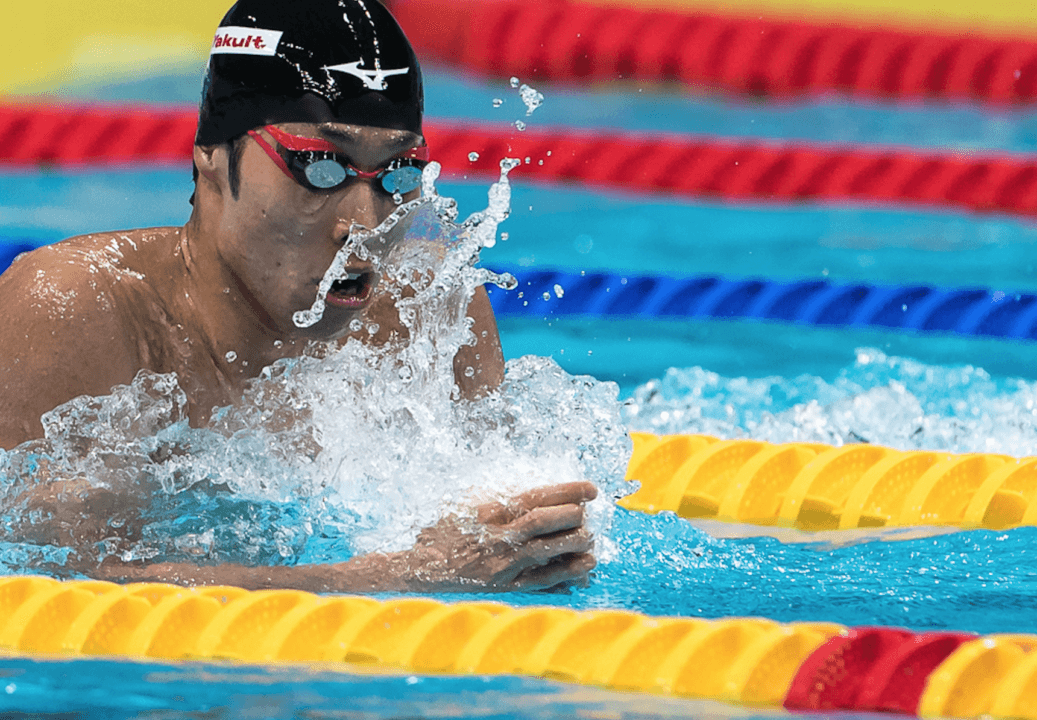 The Japanese Swimming Federation has revealed its National Team roster for the 2019/2020 season, with two major names missing from the list. Archive photo via Peter Sukenik/www.petersukenik.com

The Japanese Swimming Federation has revealed its National Team roster for the 2019/2020 season, with two major names missing from the list.

As expected, teen Rikako Ikee is absent from the National Team as the 2018 Asian Games MVP is currently battling leukemia and undergoing treatments for the diagnosis she made public in February of this year.

The other name that’s unexpected to some degree, however, is Olympic champion Kosuke Hagino. The 25-year-old who is soon to be a husband and father took a hiatus from training and competition beginning in the February/March time frame of this year. As such, the versatile ace did not compete at this year’s World championships and only recently came back to racing at the Tokyo World Cup stop and the Japan National Sports Festival.

Among the criteria for the Japanese National Team selection includes finishing in the top 2 spots at the aforementioned Japan National Sports Festival, those having obtained 2020 Tokyo Olympic Games qualification marks, having been on the FINA World Championships roster or athletes swimming at or faster than the Japan Open Records.

For Hagino, having withdrawn from Gwangju contention, his swims at the World Cup and Festival would have counted toward team selection, but his fastest 200m IM time of 1:59.76 fell 2 seconds short of the 1:57.76 Japanese Federation-mandated QT for the Olympics.

Among the athletes making the roster is rising star Katsuhiro Matsumoto, the 22-year-old freestyle maestro who clinched 200m free silver at the 2019 World championships. He is joined by Olympic medalist and two-time 2019 World Champion Daiya Seto, along with IM mainstay Yui Ohashi.

Finally, Shinnosuke Ishikawa is on the list, courtesy of his big-time 100m fly swim at the Japanese Student Swimming Championships earlier this month. Firing off a time of 51.11, Ishikawa came within .11 of the long-standing Japanese national record that’s been on the books since 2009. Ishikawa’s mark easily dipped under the 51.70 JPN QT for the 2020 Olympic Games.

As far as benefits of the Japanese National Team goes, Head Coach Norimasa Hirai confirmed to SwimSwam that the team participates in special camps and training opportunities unique to the elite athletes. There will be a meeting and team-building camp on September 25th & 26th with a subsequent distance camp being held at the National Training Center in October.

Also among the benefits for National Team members is the ability to travel to Tomi City Nagano Prefecture to swim at semi-altitude in November, followed by a trip to Australia in mid-December to race at the Queensland Championships.

Hagino is a professional athlete, however, and has contracts currently with both Bridgestone and Nike.