Kevin Vargas: “Kieran really brings the best out of all of us by letting us know he beat us” 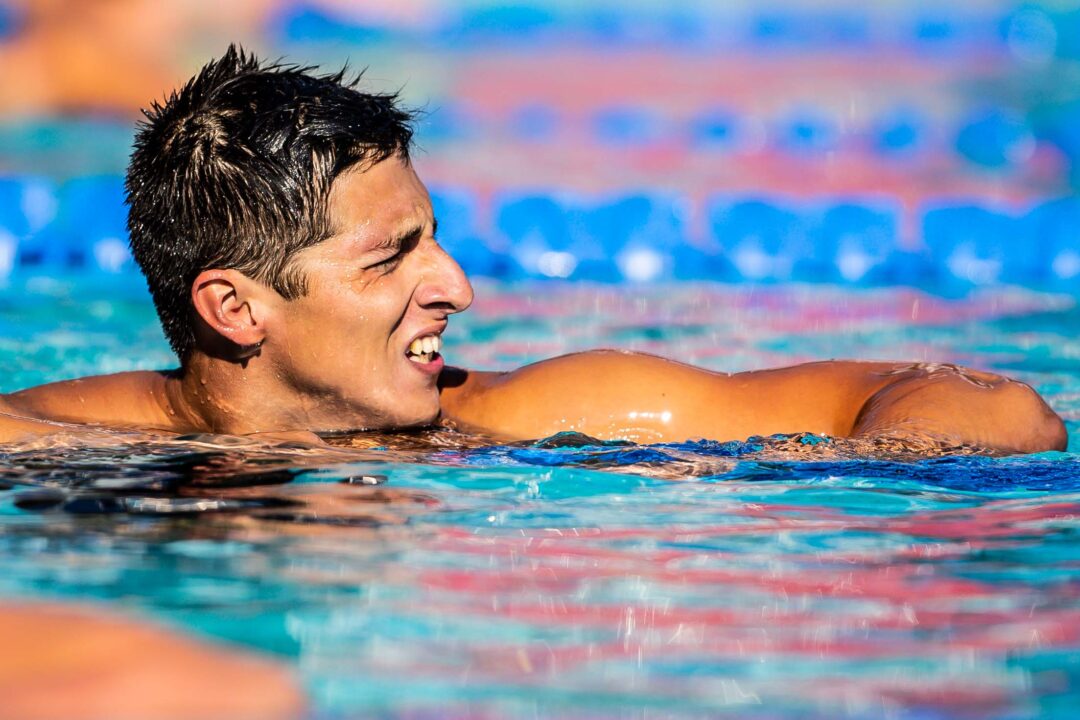 Vargas came into the day with a best of 4:16.54, lowered that mark to a 4:14.27 in prelims, then took nearly another two seconds off of that time tonight. Current photo via Jack Spitser/Spitser Photography

Much like the women’s race, this turned into a tight battle between the top two seeds for most of the race. British Olympian Max Litchfield had the lead early on, opening up nearly a one-second gap on Florida Gator Kevin Vargas at the halfway point. But Vargas took control on the first length of the breaststroke leg, and he steadily continued to extend the lead from there, claiming the national title with a lifetime best of 4:11.45.

It was a big day for Vargas, who finished 11th in the yards version of this event at this year’s NCAA championships. He came into the day with a long course best of 4:16.54, lowered that mark to a 4:14.27 in prelims, then took nearly another two seconds off of that time tonight.

Litchfield, who’s a two-time European champion in this event, took 2nd in 4:13.08, followed by Litchfield’s Gator teammate Kieran Smith in 4:14.04.