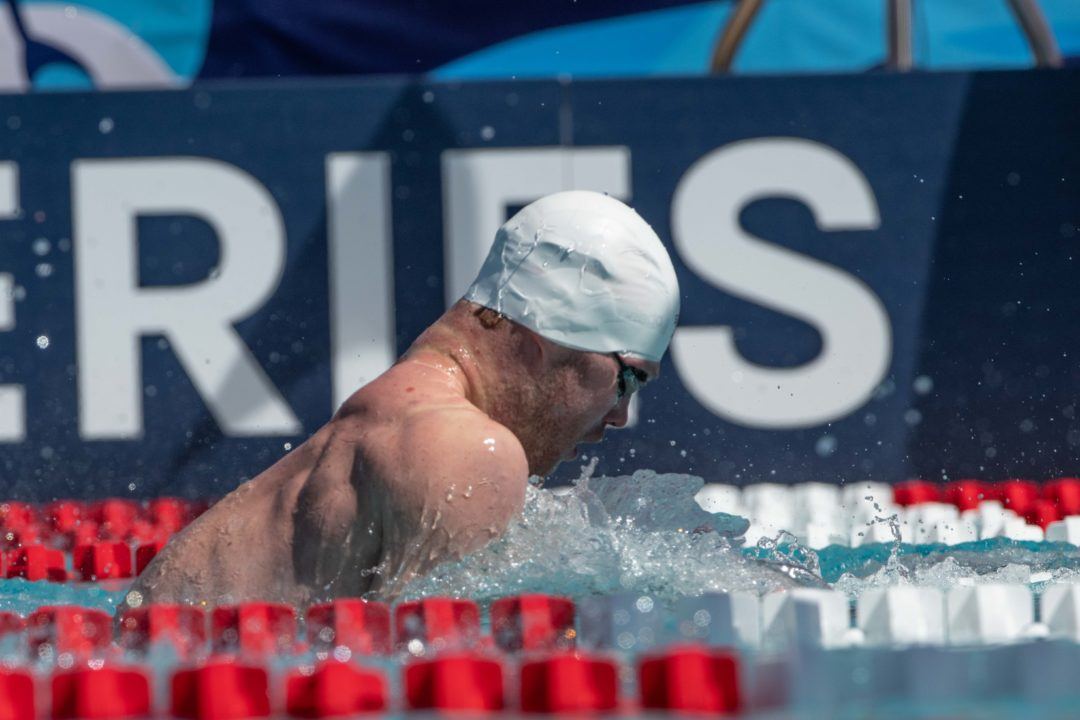 2016 US Olympian Kevin Cordes broke the Meet Record in the 100 breaststroke on Saturday at the 2019 4 Corners Sectionals meet in Phoenix, Arizona.

Swimming in the final, Cordes swam a 52.41, which broke the old record set in 2018 by Daniel Roy of the King Aquatic Club.

Cordes won that race by almost two-and-a-half seconds over Egyptian Record holder, and Phoenix Swim Club teammate, Youssef Elkamash, who finished 2nd in 54.84. Cordes has won all 3 races that he’s entered so far at the meet (including the 200 medley relay). He’s scheduled to finish his meet on Sunday in the 50 free.

Out of the junior ranks, 16-year old Scottsdale swimmer Ashley Strouse continued her hot streak with a win in the 500 free in 4:46.09. While it was her first individual swim of the meet (after scratching the 200 free), it now gives her 6 Sectionals titles in the last week after she won 5 in Rochester, Minnesota last weekend. Strouse also swam the 100 fly on Saturday, where she finished 4th in 55.47.

One meet doesn’t indicate much about his training and focus…