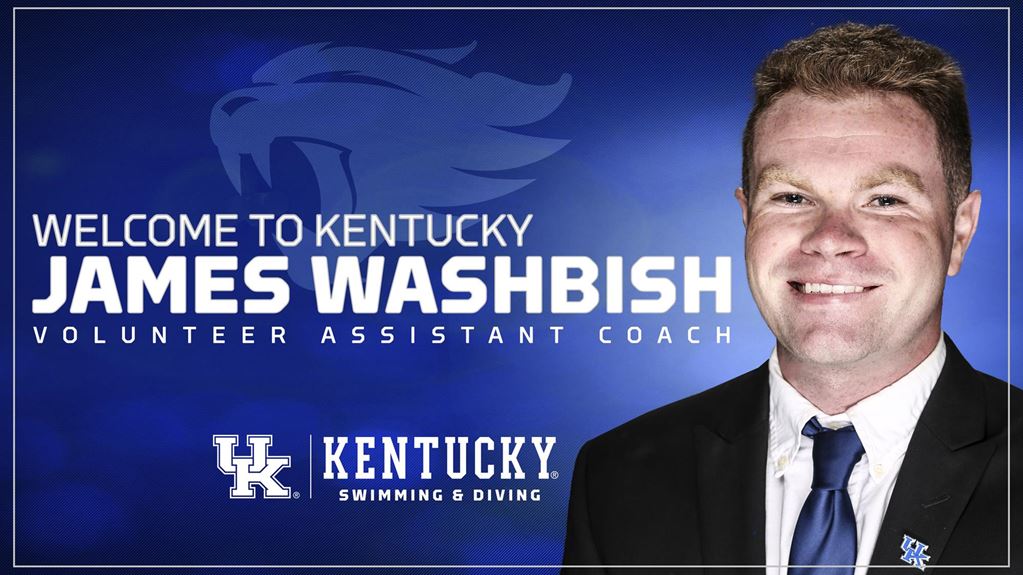 The University of Kentucky swimming and diving program has hired James Washbish as volunteer assistant coach for the 2019-20 season. Current photo via Kentucky Athletics

LEXINGTON, Ky. – The University of Kentucky swimming and diving program has hired James Washbish as volunteer assistant coach for the 2019-20 season, it was announced on Thursday.

Earning a bachelor’s degree in community leadership and development from the University of Kentucky in 2019, Washbish served as a student manager to the program from 2015 to 2019. In four seasons as a student manager under head coach Lars Jorgensen, the program has produced over two-dozen All-America athletes, eight Southeastern Conference gold medals and a national champion.

“I am really excited to start my college coaching career as a volunteer assistant coach at the University of Kentucky,” Washbish said. “The coaching staff at UK is one of the best in the nation, and to have the opportunity to learn from them and work alongside them is a dream. I’m a Lexington native so I have and always will bleed blue. I’m locked in for the 2019-20 season.”

The Kentucky native has four years of coaching experience in Lexington. He launched his coaching career in 2014, serving two seasons as the assistant coach at Andover Country Club. In 2016, Washbish took a leap in his career becoming the assistant coach at Lexington Christian Academy and the head coach for Kentucky Aquatics’s 12-and-under club team. He still serves in both of those roles, alongside being named the head coach for Hartland Swim and Racquet Club in 2017.

“James has worked really hard in our program and he has been a great asset,” Jorgensen said. “I’m looking forward to having him around full time and it’s a great launching position for his career. He’ll continue to help us grow and I’m excited to see him grow within the program, too.”

He forgot to pack the beets!!!!

So happy for and proud of you, James! Keep working hard.