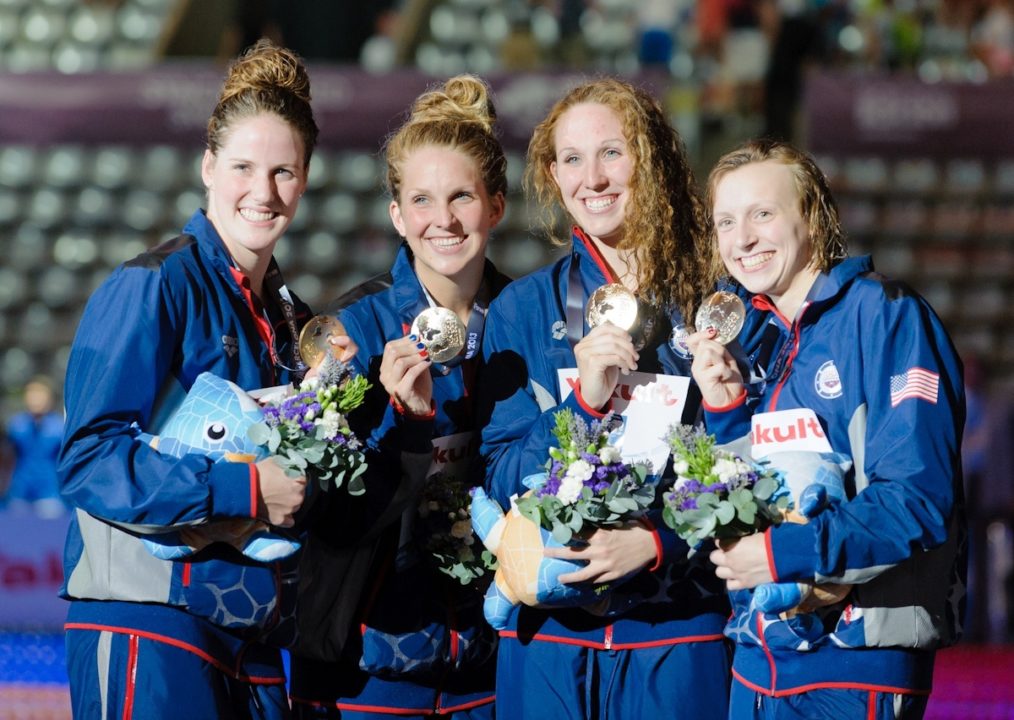 Missy Franklin and Katie Ledecky are in the running for the Most Impactful Female Athletes of 2013. You can vote on the ESPNW site or through twitter with the hashtag #Impact10 and their full name. Current photo via Victor Puig

Katie Ledecky and Missy Franklin are in the running for ESPN’s Most Impactful Female Athletes of 2013. ESPN plans on releasing the top 10 most impactful female athletes for ESPNW and SportsCenter on December 2nd. Voting is open to fans through twitter and the linked website and will be allowed until their top 10 list is published. Currently, Katie Ledecky is in third place with 13.3% of the overall vote and Missy Franklin is in seventh with 3.3% of the overall vote.

2013 has been a very successful year for both Katie Ledecky and Missy Franklin. Both broke records and earned several medals at the 2013 World Championships in Barcelona. Coming off of an Olympic year, it is not uncommon for many elite athletes to struggle a little bit, but these two young swimmers seemed to defy the odds. Ledecky and Franklin are two of the youngest athletes on ESPNW’s list. Franklin started her freshman year at Cal Berkely this fall and Ledecky is still in high school.

Make sure to vote!