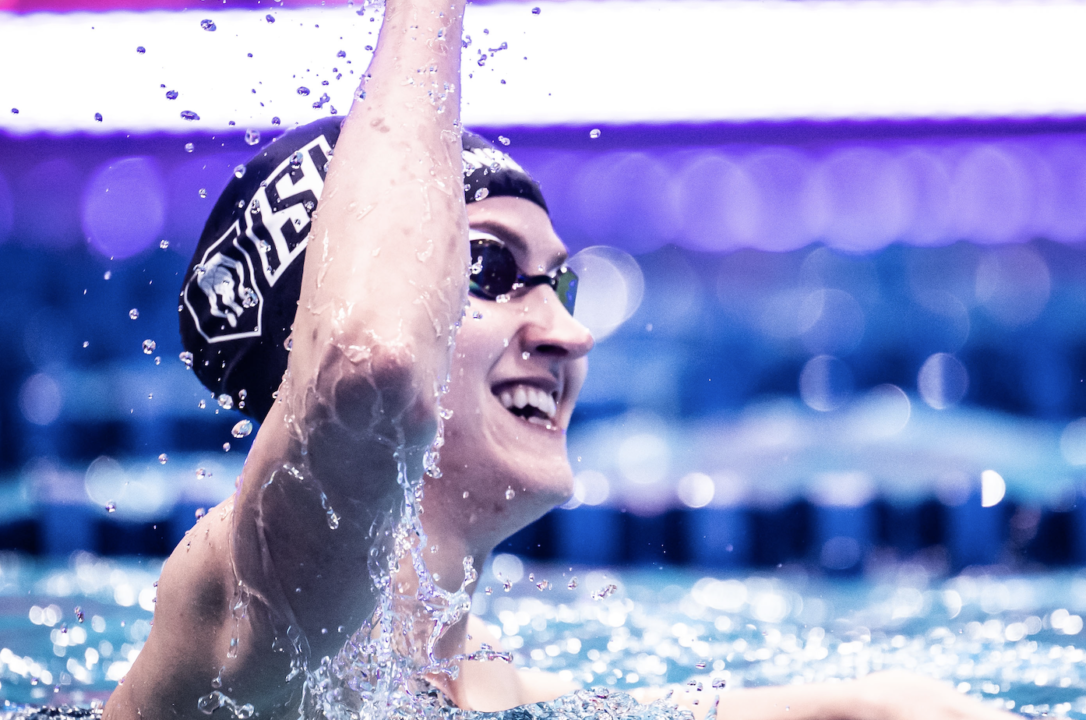 Swimmers opened the second prelims session of the 2021 Fran Crippen Swim Meet of Champions with the 50 breaststroke.

Three swimmers cracked 2:20.00 in the women’s 200 back this morning, lead by TNAQ’s McKenna DeBever (2:18.74), YMCA Westside Silver Fins’  Chloe Isleta (2:19.58) and Riverside Aquatics Association’s Ella Martinez-Spencer (2:19.76). BT for last two, but DeBever added 3.6 seconds to her entry time. DeBever was 3.6 seconds to her entry time, Isleta was about 2 seconds off her lifetime best, while Martinez-Spencer cracked 2:20.00 for the first time.

Three-time Olympian Kasia Wasick of Team Rebel Aquatics had a tight race with Team Elite’s Linnea Mack in the 50 free, with Wasick taking 1st place by .20 (24.77). Mack took .32 off her entry time and came within .28 of her lifetime best time from the U.S. Olympic Trials last week.

Wasick’s fastest 50 free time is 24.17 from the European Championships in May.

Aggie Swim Club’s Hector Ruvalcaba Cruz dominated the men’s 400 IM prelims race, touching the wall first with a time of 4:20.49 and a 6 second lead over the field.

i heard she swam it w her eyes closed

Too fast to blink

Go Kasia! I wish you good luck next month

Looking speedy Kasia. Tokyo watch out for her 👀💪🏼👀💪🏼