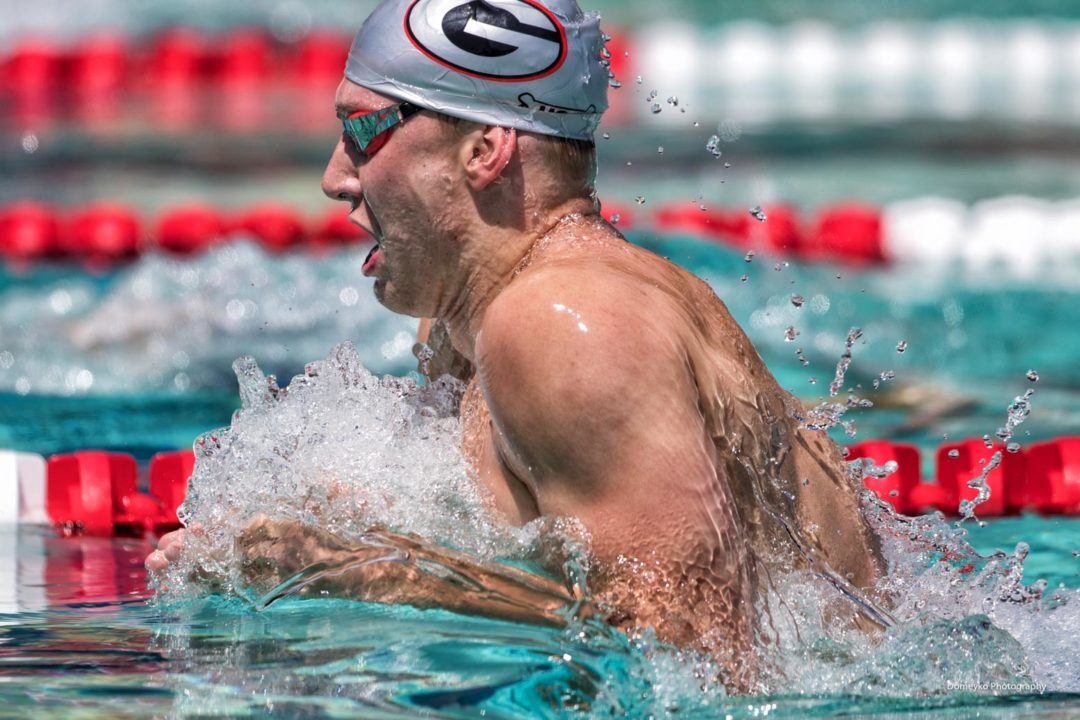 Chase Kalisz has dropped the 100 breast for the final night of the Columbus Pro Series. Archive photo via “Rafael/Domeyko Photography”

There were several scratches out of tonight’s ‘A’ flight at the TYR Pro Swim Series in Columbus, with the majority of them coming from Club Wolverine swimmers. While many of them including Charlie Swanson, Tommy Cope and Sierra Schmidt have scratched, some of them remain on the heat sheet such as Felix Auboeck, Ali Deloof and Miranda Tucker.

Two of the most notable scratches came from Olympians Leah Smith and Chase Kalisz, though both swimmers will still be racing during the session.

Smith swam a personal best time in the 200 fly prelims, putting up the fastest time, but has dropped the event tonight to focus on the 800 freestyle. Kalisz also swam a personal best time in qualifying 4th in the men’s 100 breast, but has dropped that event in favour of the 200 fly and 200 IM. He appears to have the Pro Swim Series points title locked up over Zane Grothe.

Note: swimmers who placed outside the top-16 are included if they would’ve been scratched into the ‘A’ flight had they not scratched themselves.