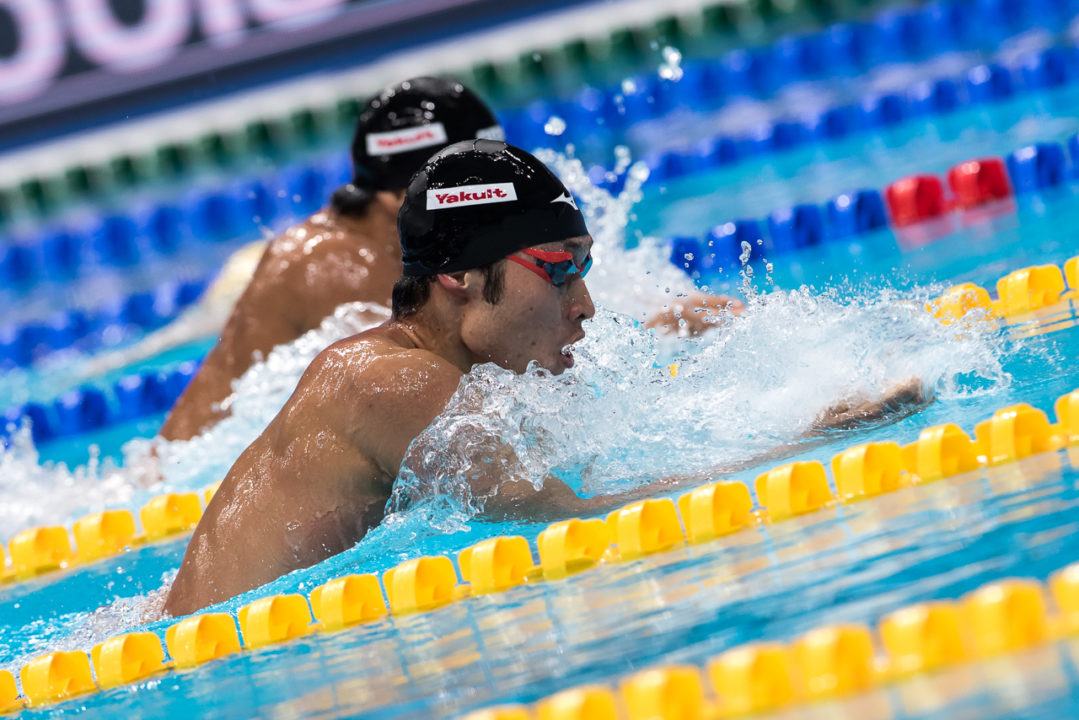 The Japanese squad is arriving in Jakarta for the 2018 Asian Games, but will be without their leader, Norimasa Hirai. Archive photo via Mike Lewis/Ola Vista Photography

The swimmers of Japan may be on their way to Jakarta, Indonesia for the start of this year’s Asian Games, but the squad will be without one of their primary coaches. Longtime Head Coach of the Japanese national team, Norimasa Hirai, has come down with acute appendicitis and has had to withdraw from the Asian Games. The 55-year-old made the announcement yesterday, August 15th, per Asian media sources.

Olympic champion Kosuke Hagino has said that the coach will be in the swimmers’ hearts as they begin competition this Sunday, while also saying that ‘self-management becomes even more important than usual’ with his mentor absent from the quadrennial competition.

In Hirai’s absence, University of Waseda Head Coach Keisuke Okuno is reportedly now in charge of the Japanese swimmers. Okuno helped guide Masato Sakai to a 200m fly silver medal in Rio, while also having breaststroker Ippei Watanabe under his tutelage when the swimmer broke the 200m World Record in January of 2017.

Wow. who is going to swim for him in the relays? Whatever will they do….