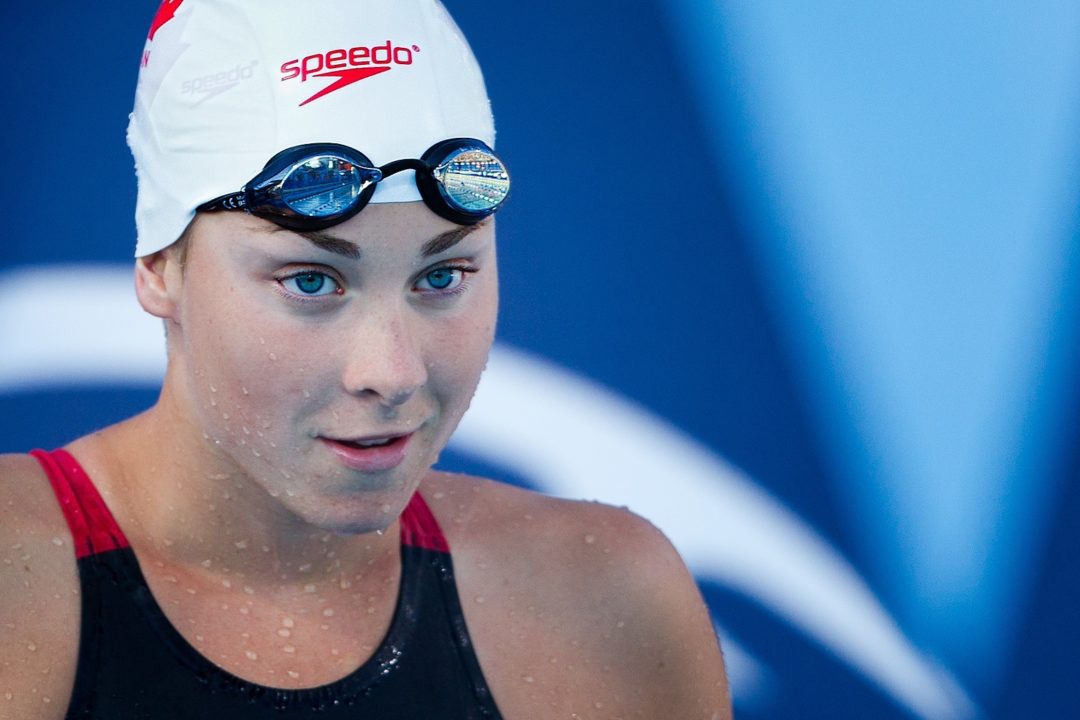 Two-time Canadian Olympian Julia Wilkinson has been selected in the 2016 class for the Texas A&M Athletic Hall-of-Fame, the school announced this week.

Wilkinson swam at A&M from 2005-2010 and was on the front-edge of the revitalization of an Aggie women’s program finishing in the top 10 at NCAAs for 11 consecutive seasons, beginning with Wilkinson’s sophomore year.

Wilkinson’s career was littered with accomplishments, including:

She also was a big part of building Canadian women’s swimming internationally. At the 2008 Olympics, her first of two appearances, Wilkinson placed 7th in the 200 IM – one of only two women to final individually in Beijing.

After retiring from competitive swimming, Wilkinson has worked in coaching and broadcasting the sport, and is now a communications adviser for Canadian Tire.

Congratulations Julia!
A career worthy of the accolade; you represented A&M, Canada and, more generally, the sport with professionalism and flare! Miss seeing your smiling face on the pool deck!

Wow! Congratulations Julia! The whole Hill family, including our own Julia applaud you for the well deserved honor. All the best!