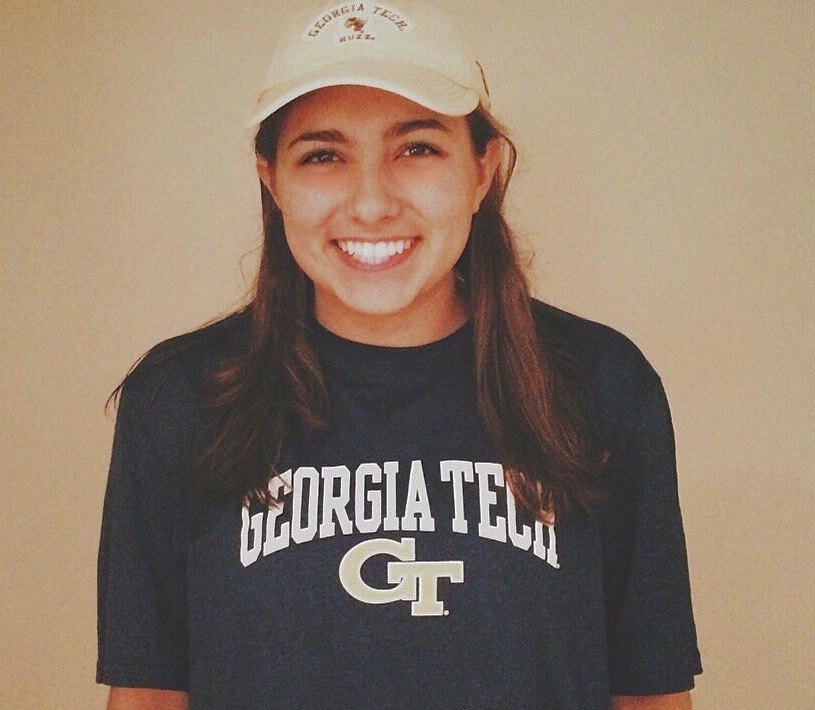 Georgia native Julia Shuford remains close to home by verbally committing to swim for the Georgia Tech Yellow Jackets as part of the Class of 2021.

So excited to announce my verbal commitment to swim for Georgia Tech! Go jackets!! ???????????? pic.twitter.com/SQLpv7BEdk

Shuford swims for Lakeside High School and Dynamo Swim Club, and is a breaststroke specialist. At the 2016 Georgia High School Swimming Championships, Shuford placed 5th in the 100 Breastroke (1:05.64) and won the consolation finals of the 200 IM (2:08.42). She currently sits on Dynamo’s All-Time Short Course Top Ten list in the 200 Breast. Her club team currently has four swimmers on the Georgia Tech women’s swim team—Sara Gilbert, Samantha Kase, Kaitlin Kitchens, and Morgan Lyons—all of whom, with the exception of Kase, will still have eligibility remaining when Shuford arrives on campus in August 2017.

Shuford’s best event is the 200 Breast, and she has junior cuts in the event in both short course yards and long course meters. Her best times are:

Her top times would have ranked her 4th in the 100 Breast and 400 IM, and 5th in the 200 Breast, among Georgia Tech’s top performers in 2015-2016. Georgia Tech lost breaststrokers Darelle Cowley and Efrat Rotsztjen to graduation last season, and current senior Chiara Ruiu will graduate this season, so the Yellow Jackets will be eagerly awaiting Shuford’s arrival. However, the silver lining is that current sophomore Florina Ilie will still have two years of eligibility remaining to train alongside Shuford. Ilie holds the school record in the 100 Breast at 1:01.78, and finished 10th at the 2016 ACC Championships in that event.

Congrats to you and to GA TECH!!