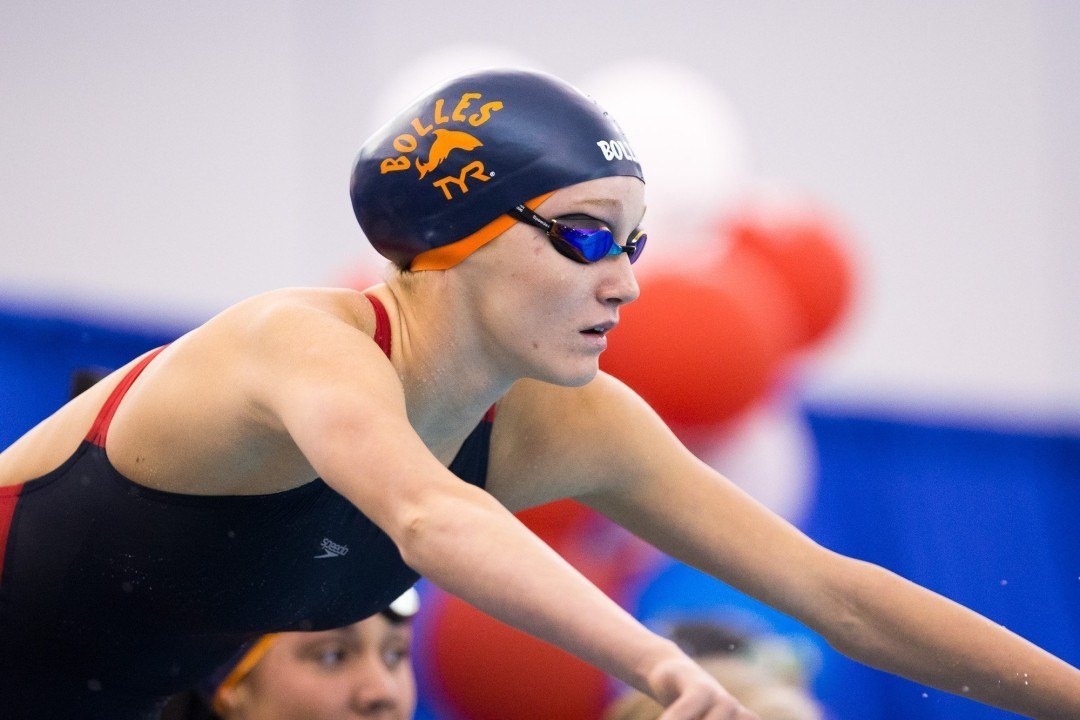 Both are versatile pickups who probably fit best in the IMs. That makes them a great fit for the Aggie program, which put Bethany Galat into both U.S. Olympic Trials IM finals this past summer.

Gonzalez settles in College Station after one season with Penn State. As a freshman, she scored at Big Tens in both IMs, taking 11th in the 400 and 15th in the 200. She was also just outside of scoring range in the 200 breast, which is probably in a neck-and-neck race with her 200 fly for her tertiary individual event.

A Mexican national, Gonzalez brings in some international experience, having competed at the 2014 Jr Pan Pacs.

Those IM times make her an instant SEC scoring threat, and her 200 free is solid enough that she could develop into a relay piece for the Aggies as well.

Debever transfers in from SEC rival Auburn, where she competed for two seasons. At Auburn, Debever swam the 200 IM, 200 free and 100 free in the postseason, but struggled her sophomore season without any lifetime-bests in those three races.

Debever was a product of the Bolles School in Jacksonville, Florida. Internationally, she competes for Peru, and owns a few of the nation’s national records across freestyle, backstroke, butterfly and IM.

Debever didn’t score individually at SECs last year, but her lifetime-bests would have her in C Final range in the 100 free and 200 IM. She’s also got an outside shot to make the Aggie 400 free relay, which took 3rd at NCAAs last year.

We haven’t yet been able to confirm with Texas A&M when the two will become eligible. Debever in particular, being an intra-conference transfer, may have a waiting period before she can begin competition. We’ll update as soon as we know more.