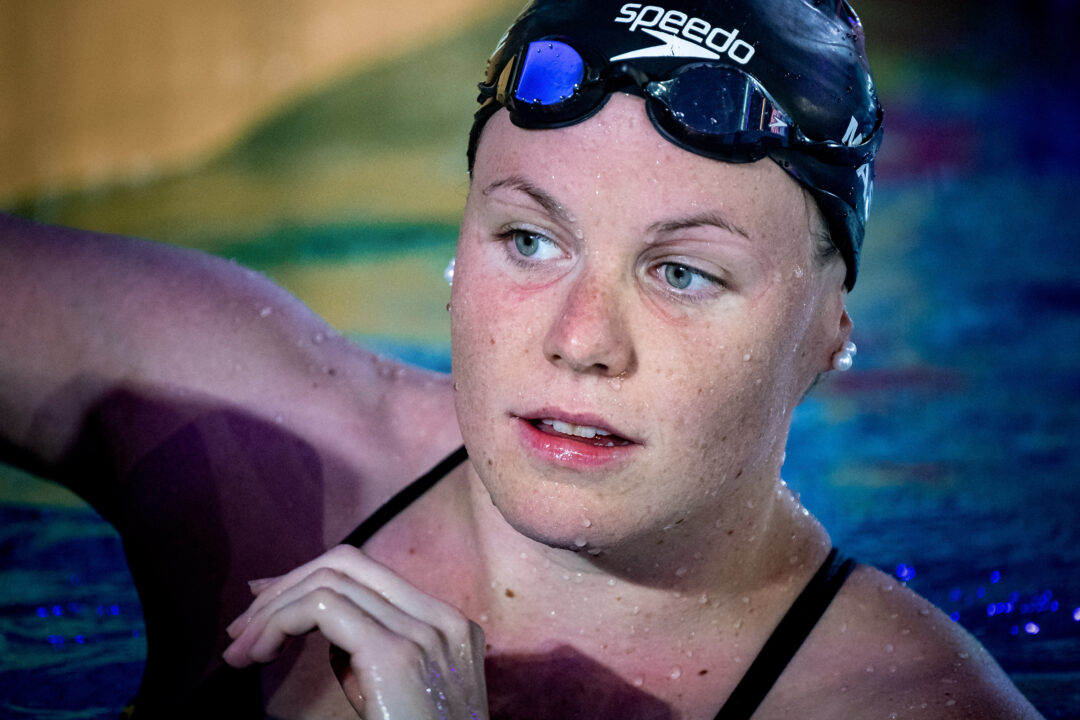 28-year old Julia Hassler will retire at the conclusion of the 2021 International Swimming League season after a decorated career. Archive photo via Giorgio Scala / Deepbluemedia / Insidefoto

As the Toronto Titans are winding down their 2021 International Swimming League season this week in Eindhoven, Julia Hassler will wind down her competitive swimming career.

Hassler is an 18-time champion (and 29-time medalist) at the Games of the Small States of Europe. Her biggest international success came at the 2017 European Short Course Swimming Championships, where she earned a bronze medal in the women’s 400 free.

She finished 7th at the most recent European Short Course Championships in the 400 free.

Five years later, in 2017, she finished 7th in the 1500 free at the World Aquatics Championships, where she became the first Liechtenstein swimmer to ever final at that meet – something that is still true today.

Hassler was celebrated by her Toronto Titans teammates on Saturday in their final ISL Playoff match with signs that congratulated her on retirement. To extend her career by one match, the Titans would have to win the match this weekend. With a number of injuries and other challenges, which have resulted in just 8 men being available for the match, the Titans enter day 2 in last place and would need a miracle to qualify for next week’s finale.

Hassler has been a contributor for the Titans this season in the 400 free. On Saturday, she finished 3rd in the 400 free, scoring 9 points. But as a distance freestyler, her upside was limited – she was 8th in the 200 free, her only other race besides the 400, in each of the Titans’ previous two playoff matches. The ISL doesn’t offer races longer than 400 meters.

Her retirement comes even as she’s doing some of the best racing of her career: her personal best times in every freestyle race, long course or short course, has come since November 2019, with 8 of those 12 personal bests coming in the 2021 calendar year.

An excellent career!
Did she train in Liechtenstein or move elsewhere?

She trained in Germany.

So sad she’s retired. But wish you all the best Julia!

This was so fun to read. What a great career and how cool to be so dominant in something in your cool little country. Happy Retirement, Julia!