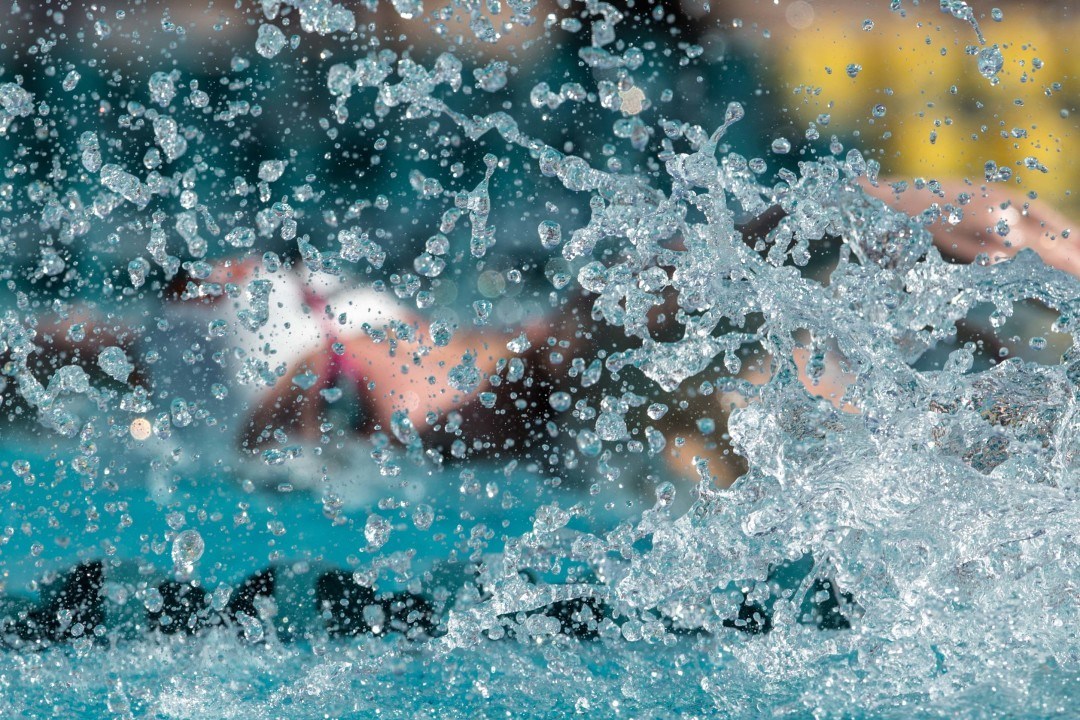 Bryan junior Julia Cook broke a pair of Texas overall and class 5A state records at the 5A state championships Saturday. Austin's Grant Reed and Brenham's Hudson Smith each broke a pair of class 5A records as Dallas Highland Park won the boys title and Magnolia the girls. Stock photo via Mike Lewis/Ola Vista Photography

Bryan junior Julia Cook broke a pair of Texas overall and class 5A state records at the 5A state championships Saturday. Austin’s Grant Reed and Brenham’s Hudson Smith each broke a pair of class 5A records as Dallas Highland Park won the boys title and Magnolia the girls.

Dallas Highland Park won a state title on a true team effort, earning just one event win en route to a 17-point team victory. That title came from junior Felix Van Cauwelaert, who was 4:30.15 to take the 500 freestyle by just about a second and a half.

Austin senior Grant Reed and Brenham senior Hudson Smith were the individual stars, each breaking two individual state records. Reed took the 200 free early in the meet, going 1:37.19 to win by almost a second over Van Cauwelaert and break the class 5A record he set in prelims by more than half a second. One event later, Smith would answer back with a 1:48.68 win in the 200 IM. That crushed the field by 3.6 seconds and took three tenths off a state record that had stood since 2013.

After the diving break, Reed broke his second record, going 44.78 to win the 100 free and take over a record set by last year’s champ Owen Upchurch. And at the very end of the meet, Smith won the 100 breaststroke in 55.67, also breaking a state record he set last year by three tenths.

Magnolia won the girls title by a wide margin, moving up from a 4th-place finish last year. Joy Field was the big point-scorer, winning three of the meet’s last five girls events.

Individually, the star of the meet was Bryan junior Julia Cook, who broke two state records. Cook went 22.32 to win the 50 free, resetting her own Texas state and class 5A records. Cook was 22.49 to first break the records in prelims Friday, then chopped another tenth off at finals. Cook also went 48.44 to break the state and 5A 100 free records, once again taking a tenth off her records from prelims.

Additionally, Cook led off the 200 medley relay in 24.33 on backstroke, crushing the field on that split. Bryan ended up second in that event.

What about 6A final, very fast