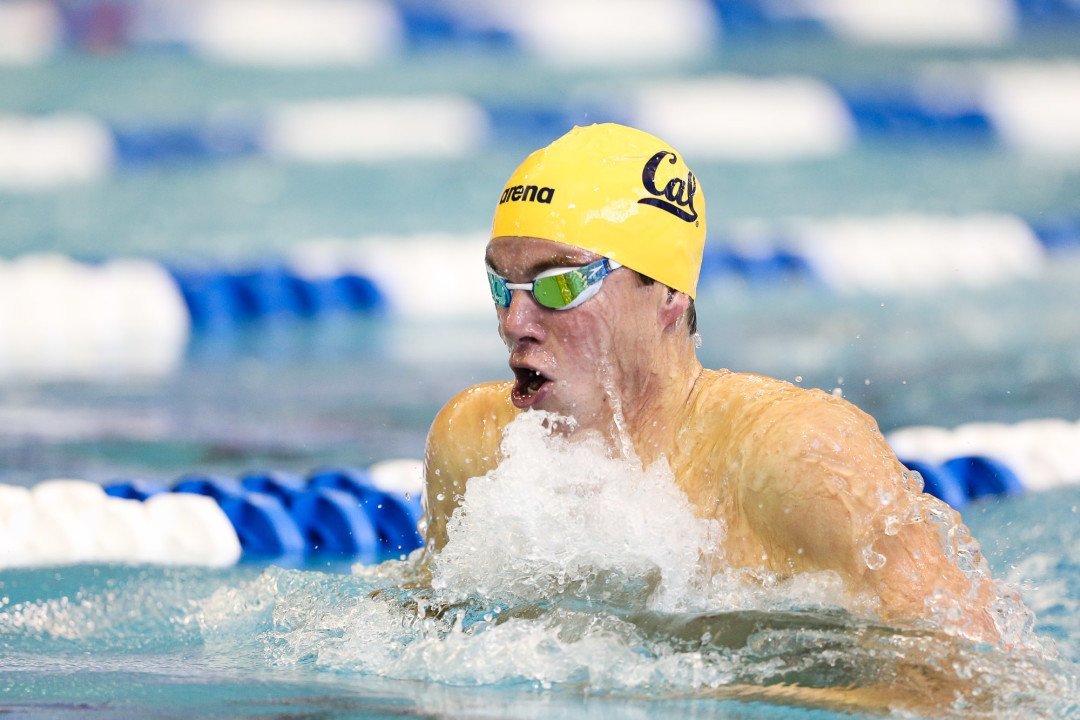 Josh Prenot held nothing back in Toronto this morning at the 2016 Canadian Olympic Trials, throwing down the second fastest 200m breaststroke this season with a swift 2:08.58 which also doubles as his personal best. Archive photo via Tim Binning/TheSwimPictures.com

Josh Prenot held nothing back in Toronto this morning at the 2016 Canadian Olympic Trials, throwing down the second fastest 200m breaststroke this season with a swift 2:08.58 which also doubles as his personal best.

Prenot was out like a rocket, coming in under 30-seconds on the first 50 wall to take the lead and push the pace early on. Keeping with the quick speed, Prenot turned at the 100 in 1:02.45 setting himself up perfectly for the second half of the race.

The time also makes Prenot the fourth fastest American performer in this event ever, closing in on Brendan Hansen’s 2:08.50 mark from the 2006 Pan Pacific Championships in Victoria, BC.

Prenot is in a great position to make the US Olympic team now as one of the front-runners to take gold at the US Olympic Trials. In order to do so he’ll have to face off against Kevin Cordes who is the only active American swimmer who has ever recorded a time faster than him in this event.

Prenot will compete in the consolation final of the 200m breaststroke tonight.

where would someone find the results from the consolation finals? they don’t seem to be on meet mobile

They are on meet mobile