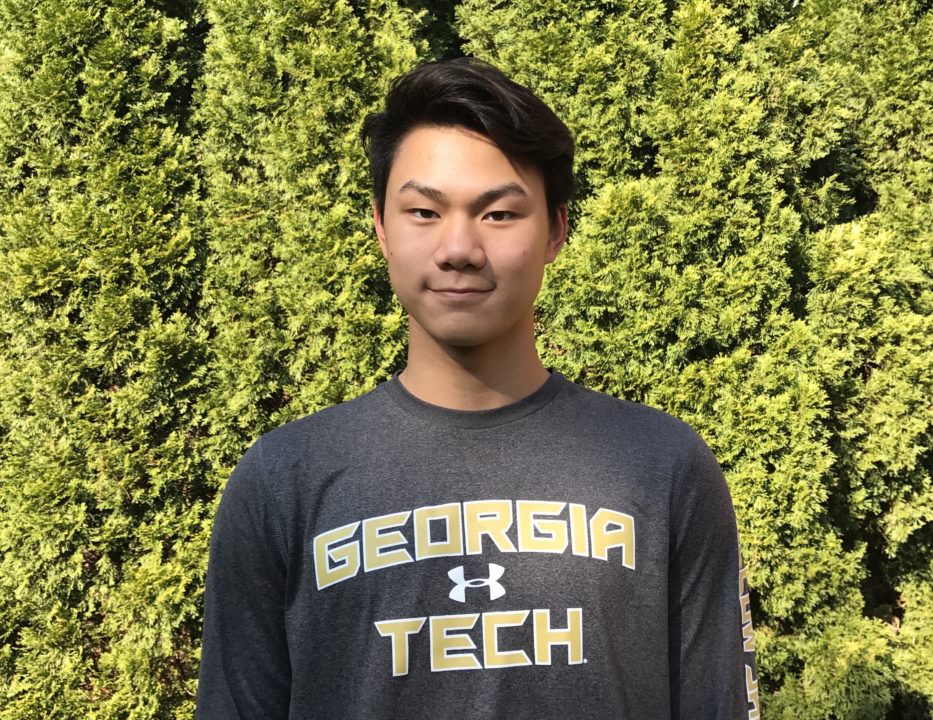 Breaststroker Jonathan Yang has given his verbal commitment to join Georgia Tech as part of the Class of 2021. Current photo via Instagram/@johnny_sail

Georgia’s Jonathan Yang has given his verbal commitment to swim for the Georgia Tech Yellow Jackets beginning in the 2017-2018 season. Yang is another local recruit, like his club teammate Julia Shuford, who will feel right at home training at the Georgia Tech Aquatic Center.

Extremely excited to verbally commit to swim for Georgia Tech next year! I want to thank my friends, family, coaches, and teammates who have supported me on this long journey. Go Jackets! ???????????????????????? #gtswimclassof21

Yang swims for Dynamo Swim Club and attends Duluth High School. His strength is breaststroke, but he has also found success in the IM events. During his sophomore year, Yang competed for Duluth at the 2015 GHSA 6A State Championships, and placed third in the 100 yard breast (57.68).

Georgia Tech already has a strong breaststroke contingent with current juniors Alex Kimpel and Moises Loschi, and sophomore JP Portillo, who also attended Duluth High School with Yang. Even so, Yang’s best times would have ranked 4th in the 100 breast, 5th in the 200 breast and 10th in the 200 IM on Georgia Tech’s list of top performers for the 2015-2016 season.

Yang will make an immediate impact on the team with his breaststroke prowess, but will have to improve in the IM races to contribute to the team in a secondary discipline.