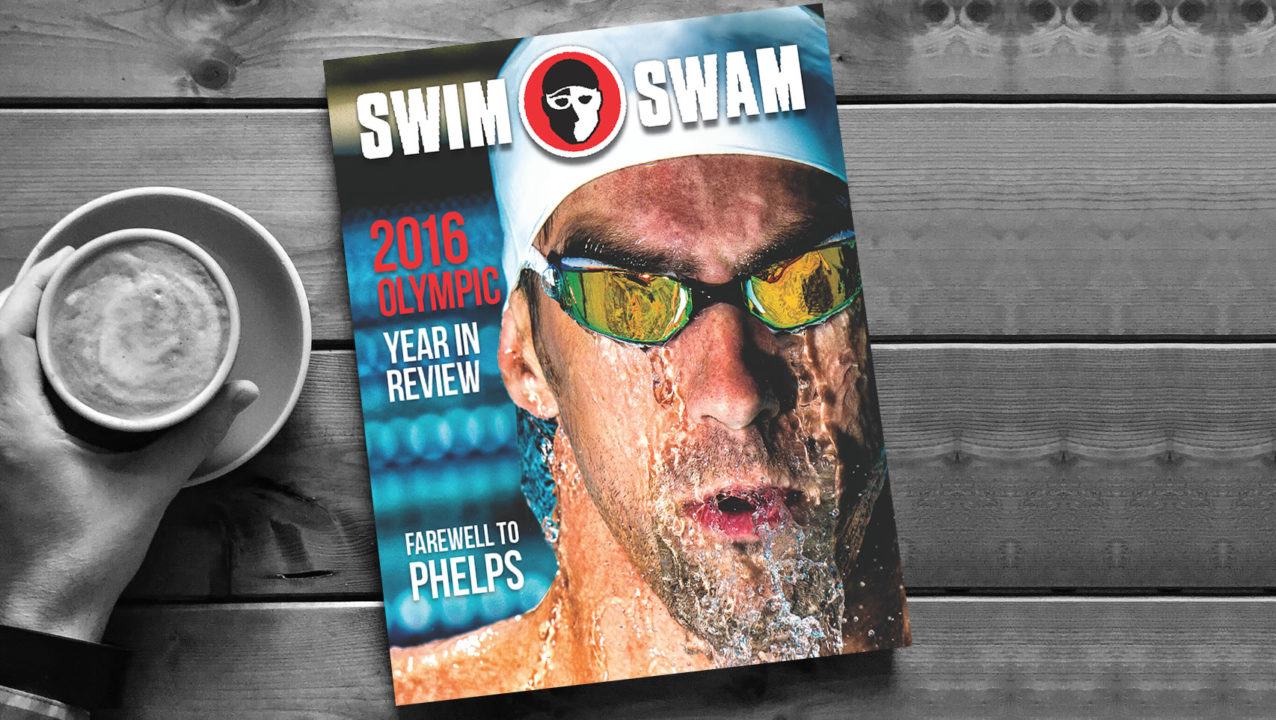 Competitive Intelligence of Media Leaders (MIN/Mr. Magazine) names SwimSwam Magazine one of the 30 Hottest Launches of 2016. Criteria for making the 30 Hottest list included:

It’s that time of year again, time to review the successes, disappointments, drama, and to spotlight the history-makers in our sport.

The 2016 Olympic Year in Review ships in November. We are designing the final features now.

We agonized over who to put on the cover and ultimately went with Michael Phelps. We had to. His contribution to swimming is immeasurable, and he is retiring. So, Phelps it is.

A FEW SPECIAL FEATURES IN THIS ISSUE INCLUDE:

As always, SwimSwam Magazines are big and this issue will be no different.  The 2016 Olympic Year in Review will come in at 172 pages.

If you have not subscribed, you can here.

All in, you will receive over 700 printed pages of magazine with your subscription, and an additional 700+ pages in digital magazine content.