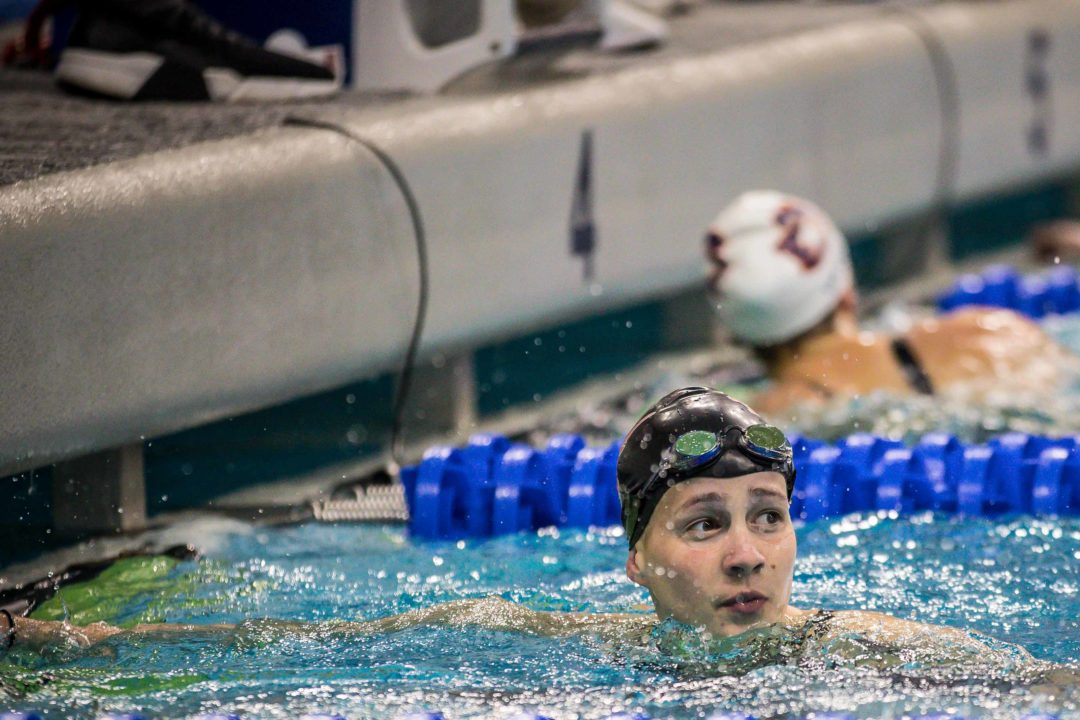 While her DC Trident squad is striving to remain among the top 2 teams, in order to move on, Joanna Evans is wreaking havoc on the Bahamian record boards. Archive photo via Jack Spitser/Spitser Photography

While her DC Trident squad is striving to remain among the top two teams in this ISL match #11 in order to move on to the play-offs, Joanna Evans is wreaking havoc on the Bahamian record boards.

During day 2 of the action in Naples, 24-year-old Evans cranked out a new national record in the women’s 200m freestyle.

Touching in a time of 1:55.70, Evans’ mark ripped her previous Bahamian national standard of 1:56.37 to shreds. That previous record was performed just earlier this month.

Tonight, Evans posted an opening 100m of 57.11 and closed in 58.59 to score her new record. Among the field, the former Texas Longhorn placed 5th, garnering 4 points for the DC Trident. Her teammate Leah Neale finished 3 spots ahead as the runner-up to Iron’s Barbora Seemanova, with the former touching in 1:54.90 to the latter’s 1:53.97.

To put this swim into further perspective, before today Evans had never been under the 1:56 threshold in this 2free event. Her previous swims this season included 1:56.4 and a duo of 1:56.6 performances.

Evans owns the Bahamanian national short course records across the 200m, 400m and 800m freestyle events, while she also owns the same collection in long course, with the 1500m free added there as well.

Evans was one of the Olympic flag bearers for her nation this past summer in Tokyo where her highest finish came in the form of a 13th placement in the women’s 400m free.

Class act and amazing young women – so proud of her!