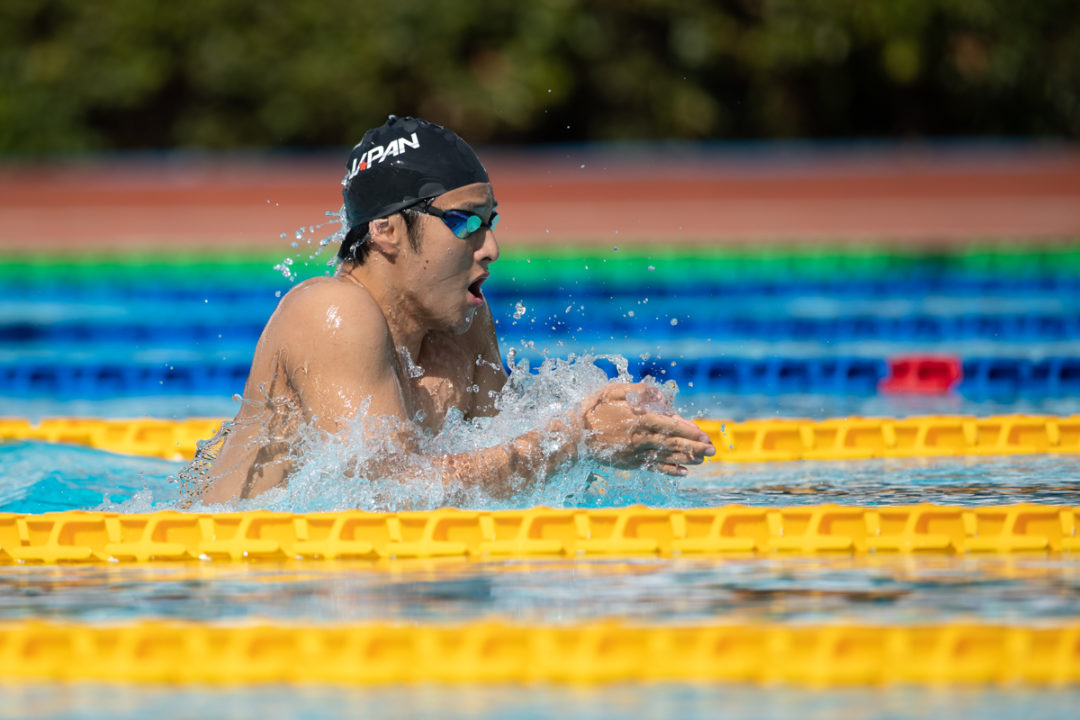 Despite there no longer being a state of emergency within the nation of Japan, swimmers like Daiya Seto are still shut out of the National Training Center. Archive photo via “Rafael/Domeyko Photography”

Earlier this week we reported how Japanese Prime Minister Shinzo Abe officially lifted the state of emergency declared over the coronavirus (COVID-19) pandemic in his nation.

In place since April 16th nationwide, Abe peeled back the statute in 39 of Japan’s 47 prefectures on May 14th, followed by 3 more on May 21st. As of May 25th, the remaining prefectures of Tokyo, Hokkaido, Chiba, Saitama, and Kanagawa have now also seen their state of emergency status ending.

The Tokyo location holds special significance for Japan’s swimmers, as the National Training Centre resides there. The Japan Sports Council (JSC) closed both the National Training Center (JSS) and the Japan Institute of Sport Sciences as of April 9th, leaving elite swimmers pool-less for the last month. Olympians such as Daiya Seto have had to resort to backyard swimming in temporary pools.

However, despite there no longer being a state of emergency, swimmers are still shut out of the National Training  Center. Per Asian media, two-time 2019 world champion Daiya Seto was among aquatic athletes who arrived on day 1 of the facility’s opening on May 27th, only to be denied entry.

Per Yahoo, Seto immediately called an official of the Japan Swimming Federation, asking why he wasn’t able to gain entry to the facility he was using as a training base until the emergency was declared.

Seto said, “I used the JISS pool (NTC) as a training base until an emergency was declared, so I hoped to use it as soon as possible. However, the answer by the people involved in the Water Federation was “no”.

“I haven’t been given permission to use the facility. I don’t know when it will happen.”

In order for a sports organization to actually use NTC (JISS), it is necessary to create guidelines for preventing infection of the new coronavirus and obtain approval from JISS that manages both facilities and the Japan Olympic Committee (JOC). Yahoo reports that ‘although the facility has been reopened, many sports, including swimming, were actually waiting for guidelines approval.’

Also, Seto was among the national-level athletes who met with Japan’s Minister of Education, Culture, Sports, Science, and Technology earlier this month, offering up his advice and counsel as to opening up the nation’s sporting facilities as quickly, but as safely as possible.

The group shared information on coronavirus preventative measures and reviewed how the National Training Center could be opened in the near future so athletes can begin training again for the Olympic Games.

Seto voiced during the call, “I bought a small pool at home to swim and train my body, etc., based on the fact that the use of bases for strengthening athletes for the Olympic and Paralympic Games in Tokyo such as the National Training Center continues to be stopped. We would appreciate it if the facility could be used as soon as possible.”