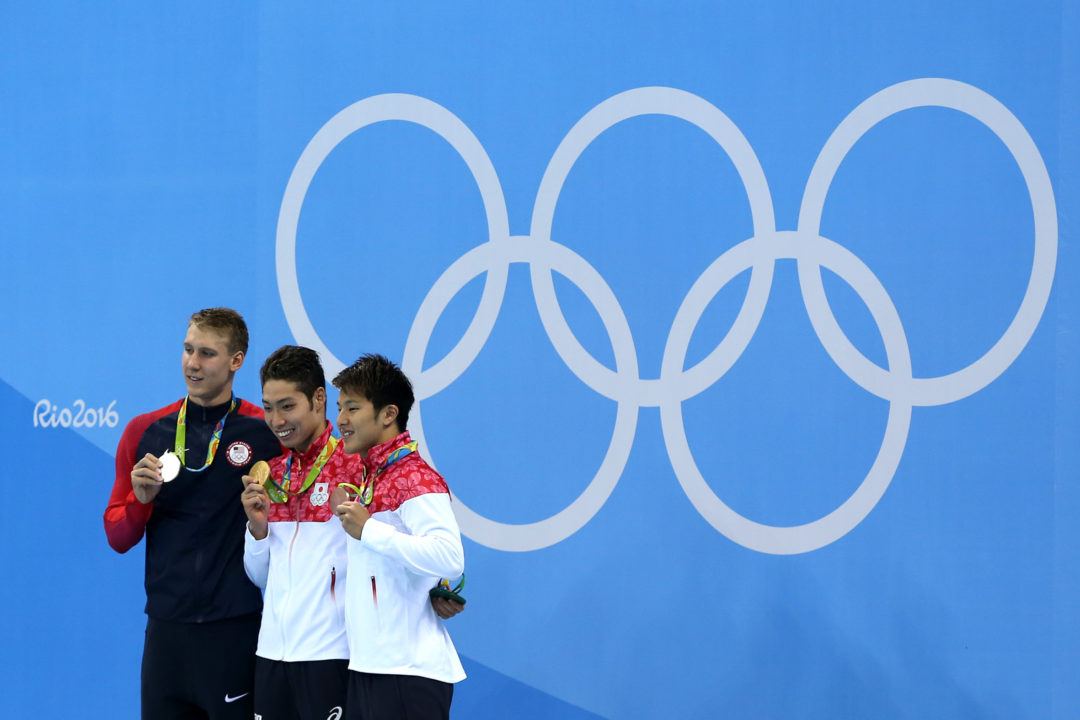 When all was said and done, the following schools earn top 3 honors for the men and women, respectively.

Two of the most impressive performances of the tournament came in the form of Olympic Champion Kosuke Hagino‘s IM races. Having earned the gold medal last month in Rio in the men’s 400m IM in addition to the silver in the 200m IM, Hagino stormed to the top of the podium in both events here in Tokyo as well.

The two were back at it in the sprint IM event, where Hagino came out on top once again. In Rio, Hagino clocked a 1:56.61 to finish behind first place finisher Michael Phelps and in Tokyo this time around he scored a mark within just over a half a second. 1:57.13 is what it took Hagino to win the 200m IM at the Intercollegiate Championships, enough to hold off Seto once again. Seto charged to the wall in 1:59.93, an impressive outing, but over 2 seconds behind his in-country rival.

Seto and Hagino have traded wins in the IM events over the past couple of years, with Hagino more regularly coming out on top. At the 2016 Kosuke Kitajima Cup in Tokyo, for example, Hagino cranked out the 200m IM victory in a time of 1:57.73 to edge out Seto’s 1:57.95. However, Seto holds the leg-up on the short course version of the event, where he is the 400m IM Japanese National Record Holder with the 3:56.33 he produced in Doha at the 2014 Short Course World Championships.

In a time where American Michael Phelps has retired and his domestic rival Ryan Lochte has given up on the longer IM event, the prospect of Hagino and Seto picking up where the Phelps/Lochte battles left off is quite exciting. Time will tell if the Japanese version will produce times to contest the historic cat and mouse trail of Phelps/Lochte that posted the top 10 fastest 400m IM times ever recorded, or the monster 200m IM performances logged in the history books.

But, with the 2020 Olympic Games being hosted in their home nation and the fact that both Hagino and Seto will be hitting their potential prime ages of 25 and 26, respectively, come that year, the potential for history to be made once again is certainly possible.

Then people would never believe him if he said he was done again. That would be fun to see though!