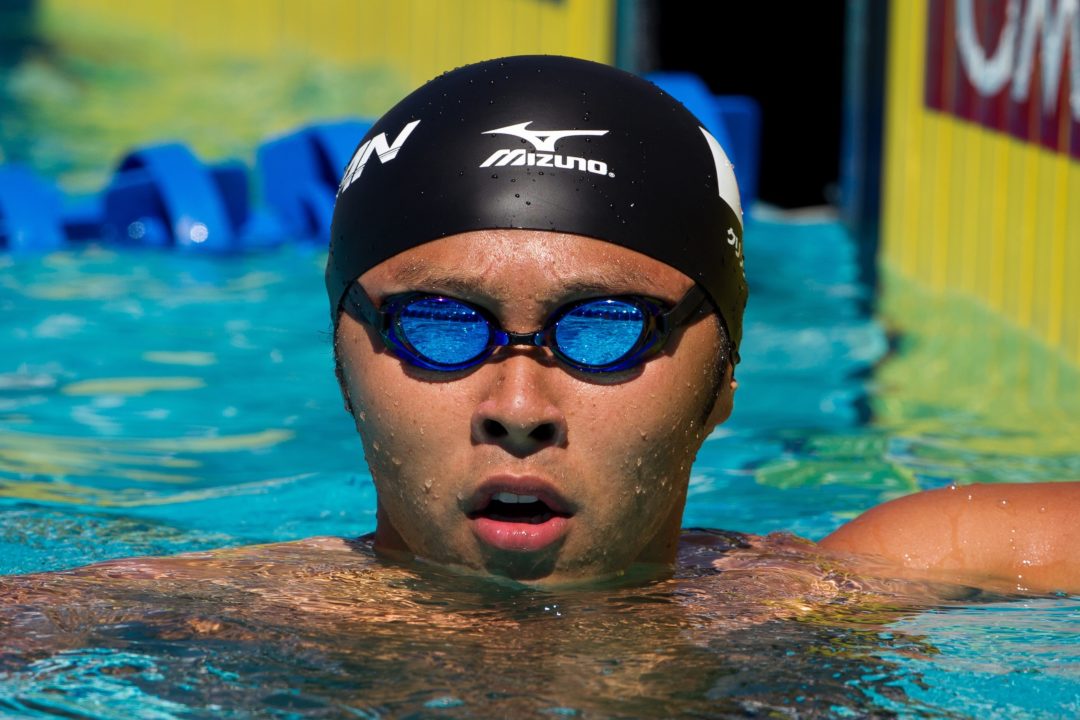 Retired Japanese swimming icon Kosuke Kitajima has been appointed Chairman of the Tokyo Swimming Association after having served as Vice the last 2 years. Archive photo via Tim Binning/TheSwimPictures.com

At the latest extraordinary board meeting of the Tokyo Swimming Association (TSA), retired Japanese swimming icon Kosuke Kitajima has been appointed Chairman of the organization.

TSA is a representative organization with jurisdiction over the sports of swimming in the Tokyo Metropolitan area. Per its website, the TSA aims to promote and encourage the development of Aquatics.

Kitajima has served as the TSA’s Vice Chairman since 2018, serving under Chairman Koji Ueno whose 2-year term is ending.

Of his upgraded role, Kitajima said, “I am honored as a chairman of the Tokyo Swimming Association, which has a long history and a glorious track record.

“At the same time, I would like to create a revised vision of sports in a new era. We will do our best to make many people enjoy swimming, which is a lifelong sport, let alone development as a competition. We appreciate your support and cooperation.”

You can view the entire list of Tokyo Swimming Association appointees here.

In December 2019, Kitajima was announced as the head of one of two new International Swimming League (ISL) squads added to season 2. Of that opportunity, Kitajima stated,

“I am delighted and truly excited to be part of elevating the value of the sport of swimming in a global context.

“The opportunity for swimmers to succeed in the professional arena is something that most of us have only dreamt about.”