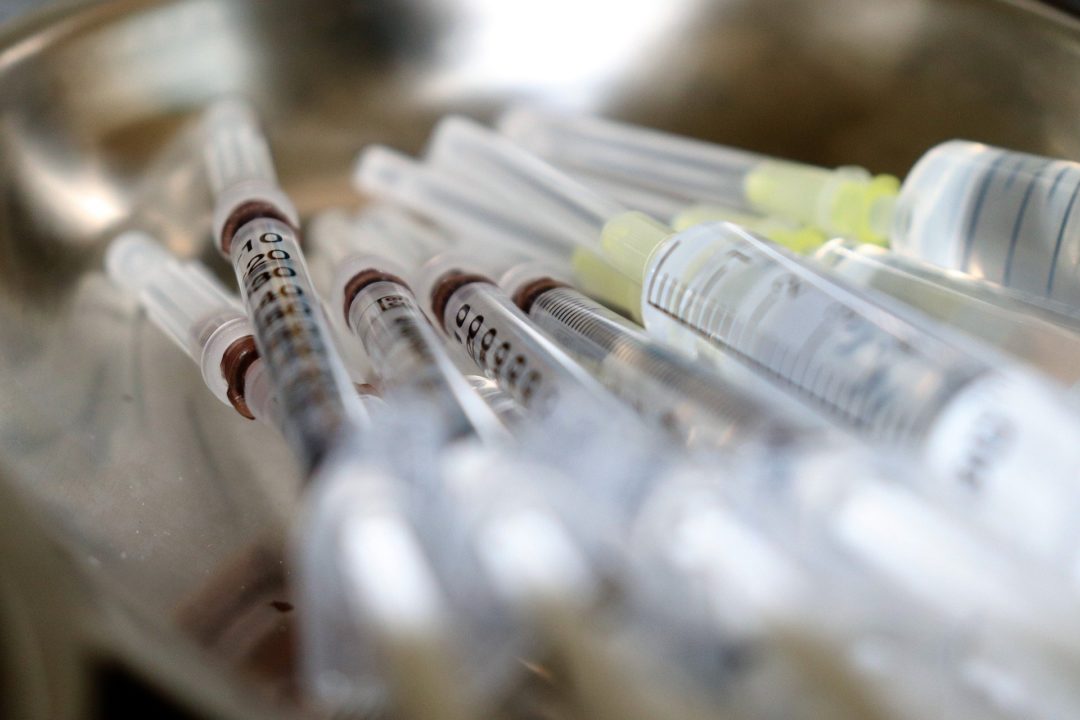 18-year-old Matt Richards placed 2nd in the men’s 100m free tonight in London, getting under the consideration standard in the process.

Duncan Scott already got under the Olympic consideration standard in the 100 free prelims, but let’s see what he has in store for tonight.

Ole Braunschweig (above) and Marek Ulrich are less than .20 off the Olympic qualifying cut in the 100 back. Ulrich, who had retired in 2018, is within .05.

Japan and Australia have begun their mass vaccination campaigns as two of the last developed nations on earth to begin innoculating their populations against the deadly coronavirus that has killed 2.5 million people globally over the last year.

Japan began its campaign last Wednesday after delays in getting the vaccines approved when the federal government asked for domestic trials of the Pfizer vaccine. The government was concerned that people of Asian descent were “only a small percent” of those included in Pfizer tests of 44,000 people in 6 countries.

Still, those tests include 2,000 Asians, and the additional Japanese testing included only a further 160 test subjects.

The AstraZeneca vaccine is currently in the approval process there, while Moderna hasn’t yet applied for approvial in Japan.

That country now faces an uphill battle against public perception about the severity and frequency of side effects from the vaccine.

For Japan, the host nation of the Tokyo 2020 Olympic Games that were postponed to this summer, a successful vaccine rollout could have a dramatic impact on both the format of the Games and the acceptance of them.

Recent surveys have consistently shown that over 80% of Japanese citizens don’t want the Games to go on as scheduled this summer. If the country makes progress on its vaccine program, that could allow the IOC to let some Japanese fans into stadiums for the Games, or even some international spectators.

On Wednesday, the Japanese government confirmed that it would not require vaccines for participation in the Olympics, saying that they believe that the protocols in place are sufficient to prevent requiring vaccinations as a prerequisite.

Japan began its rollout last Wednesday with its first batch of doses going to 20,000 frontline mexical workers. Next in line will be an dditional 3.7 million more medical workers.

Then in late March, Japan will send tickets for Pfzier vaccines to 36 million residents aged 65 or older. Home to the largest population of individuals 65 or older on earth, that makes up over a third of the country’s population. Those vaccinations are expected to begin in April.

Japan’s prime minister says that the country hopes to secure enough vaccines to treat all residents by the end of June, with general population vaccinations set to begin in July. The Olympic Games are set to begin on July 23.

Australia, meanwhile, began their rollout this week with politicians, frontline medical workers, and senior citizens. The country is also starting with the Pfizer vaccine, expecting to administer 60,000 doses of the two-dose mRNA shot by the end of this week. Doses of AstraZeneca’s vaccine are expected within two weeks.

The majority of the country’s population of 25 million is expected to receive the AstraZeneca vaccine.

Australia’s extreme lockdown measures, including a mandatory 14-day quarantine for everyone entering the country, has left it as an island, literally and metaphorically, in a global pandemic. The country hasn’t had a single death caused by COVID-19 since the end of 2020, and over the last week has averaged just 4 daily positive coronavirus tests.

Australians are living relatively-normal lives, aside from when they try to enter and exit the country, because of their low case counts – including large-scale gatherings like more than 50,000 people in a stadium for a rugby match in November. This, in part, has led the country to be in less-of-a-rush to vaccinate its population.

This also means, though, that it will take fewer vaccines for the country to reach a degree of traditional ‘herd immunity.’

One of Australia’s most famous swimmers, Cate Campbell, said last month that she thinks that vaccinating Olympians in that country should be a priority only if the IOC requires vaccines to participate in the Olympic Games. The IOC so far has said that it will not require vaccines for participation.

Bloomberg tracking data reports that more than 213 million doses of vaccine against COVID-19 have been distributed globally in at least 95 countries. The world is currently vaccinating its population at a rate of 6.11 million doses per day, some with one-dose vaccines and some with two-dose vaccines. At current rates, Bloomberg estimates that it would take about 5.1 years to cover 75% of the world’s population with a two-dose vaccine, though global vaccination rates are expected to rise.

Neither country has announced plans to jump its Olympic athletes to the front of the line, though many other countries (including at least Denmark, Israel, the Philippines, Lithuania, India, Serbia, and Hungary).