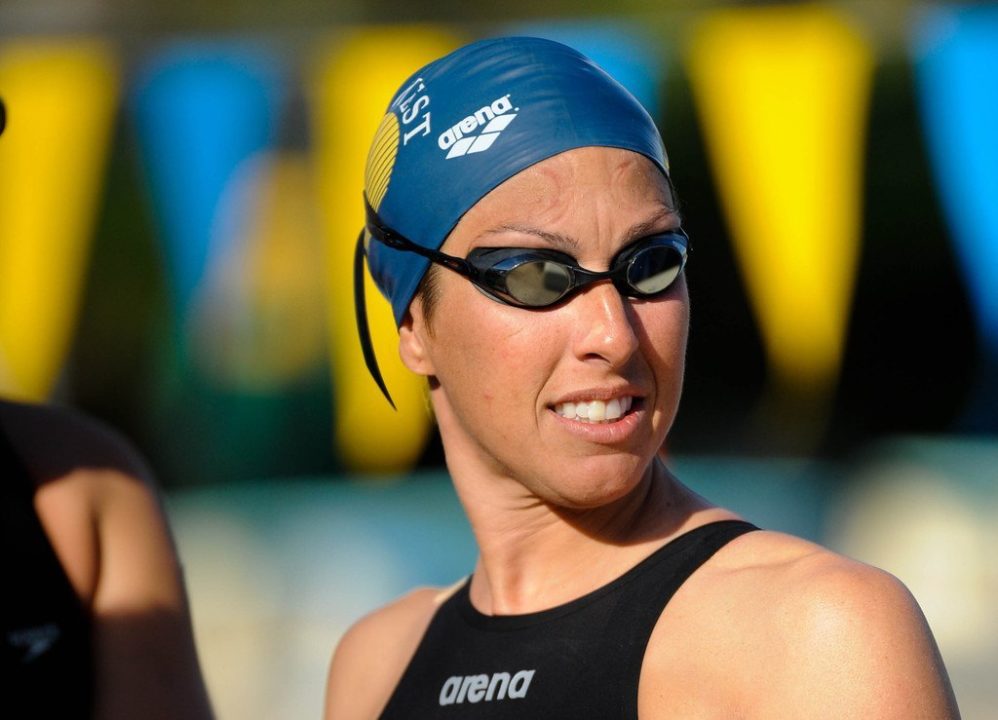 Three-time Olympian Janet Evans was one of two former Olympians appointed to the World Olympians Association (WOA) as members of the Executive Committee. Archive photo via Melissa Lundie

Five-time Olympic medalist Janet Evans was one of two former Olympians appointed to the World Olympians Association (WOA) as members of the Executive Committee, it was announced Saturday.

Evans, a three-time Olympian and four-time Olympic champion, was joined by former Kiwi sprinter Chantal Brunner in being named to the association.

The WOA is comprised of former Olympians that come together to promote the Olympic ideals and fair play, along with advancing environmental protection, educating against doping and drug use, supporting diversity and equality, among other things.

The association’s mission statement is “To be of service to Olympians, thereby empowering them to make the world a better place.”

With the additions of Evans and Brunner, there are now 20 Executive Committee members, and an equal number of male and female representatives from all five continents.

“I’m delighted to be joining WOA’s Executive Committee and to open up more opportunities for Olympians across the world,” said the 49-year-old Evans, who is currently the Los Angeles 2028 Olympic Games chief athlete officer after being vice-chair of the Los Angeles Bid Committee.

“I hope to use my experiences as a sports administrator to help my fellow Olympians make a positive impact in their communities.”

Evans won individual gold medals at the 1988 Games in Seoul in the women’s 400 freestyle, 800 freestyle and 400 individual medley, and then repeated in the 800 free in Barcelona in 1992 while adding a silver in the 400 free.

Brunner is a two-time Olympian, representing New Zealand in long jump at the 1996 and 2000 Olympics, and is now a respected solicitor in international corporate and commercial law.

“It is a great privilege to be returning to WOA’s Executive Committee and continuing the important work the organisation does globally,” she said.

“During this period of uncertainty, Olympians continue to play a crucial role in society and I’m looking forward to supporting and empowering them to make the world a better place.”

Based on the WOA website, that would be Janet Evans OLY and Chantal Brunner OLY. According to the site, OLY is just like PhD, MD and other post nominals and can be used on business cards, cvs, social media, in fact anywhere you use your name.

But the big perk for Janet is that she will be given the email address [email protected].