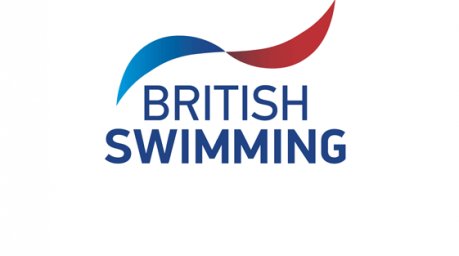 In early December Rebecca Adlington made her feelings about how British Swimming is moving forward after a very disappointing Olympic...

In early December Rebecca Adlington made her feelings about how British Swimming is moving forward after a very disappointing Olympic performance very clear and very public.

Adlington, who won two of three British swimming medals at the Olympics told the BBC, “We don’t know why a head coach hasn’t been appointed to help with the review.”

“Surely, that would make more sense for the head coach to be appointed before the review, even if it was just one who said ‘look this is semi-permanent, you might want to continue after the review but you might help us until then making these decisions’.”

“Us swimmers are like, who do we go to? And this is the biggest thing. We’d like to know who the person is we can go to if we have a problem or if we want something to happen.”

“A lot of us don’t know who we are going to at the moment. Who do we speak to? It’s awful what’s been going on.”

Adlington made these statements after British Swimming had been without a Head Coach for three months and soon after the resignation of High Performance Director Michael Scott.

David Sparkes, Cheif Executive of British Swimming, met with Adlington almost immediately after her concerns went public. After their meeting in a statement from British Swimming the conversation was characterized as “a healthy debate.”

In the same statement it was said that Sparkes was scheduled to meet with the British Swimming athlete leadership group some time in January to discuss the structure and direction of the national governing body.

That meeting should be an interesting one because not all of the top British swimmers agree with Adlington’s assertions. Michael Jamieson, who took home a silver in the 200 breaststroke from the London Olympics, was quoted in an article by Yahoo Sport – UK and Ireland saying that he has trust in British Swimming to find the right man for the job, “I think it’s definitely about getting the right person in place,” said Jamieson.

“As an athlete obviously I work with my own coach day to day and it’s between myself and him. I wouldn’t personally hold a head coach responsible if I had a bad swim.

“It’s definitely important to have a head coach, someone who can provide advice and guidance, and I have every faith in the people who are looking for the right person.”

“If there was a moment in the cycle to take time over making a new appointment then this is definitely it. There’s plenty of time. The next Olympics is a long way away.”

He is not the only one who thinks that British Swimming shouldn’t rush their decision. In an interview in December Steve Parry, who won a bronze in the 200 butterfly at the 2004 Olympics in Athens and is a swimming analyst for the BBC, told the BBC he feels that British Swimming is going through the correct process and that he has confidence in David Sparkes to make the right decision, “We’ve got to give British Swimming the opportunity to assess what went wrong and put the right people in place.”

“If you make the knee-jerk reaction you might put the wrong person in place.”

“I think he is the right man to take it on.”

“The sport has moved on a lot under David Sparkes and no-one will be hurting more than he will be at the moment.”

In the same interview he did express his empathy for Adlington and other athletes who want a decision to be made quickly, “From a swimmer’s perspective I can see why there would be anxiety there.”

Adlington also told the BBC that she felt that British Swimming should do everything in its power to find a British coach who would be suitable for the position, “If British people do apply and they are qualified, I do think it would work better being British,” she said.

“[We need] people who live in this country, know how British people work, know the system, know quite a lot of us athletes, know the coaches and can communicate with them.”

“I just think it would improve things. It would help communication. I think we would be able to get the ball rolling quicker. It wouldn’t take a year to 18 months to get to know the system. They’d know it straight away.”

Jamieson told Yahoo Sports that it would be ideal if a British coach got the job, but once again reiterated that it was more important to take the time to find the right person for the job, “For me it’s not important as long as it’s the right guy for the job. Obviously I want to see home-grown coaches progress but we’ve got a lot of young coaches doing a great job so, even if it was to be a foreign head coach, I don’t think it’s anything to be concerned about.”

In December British Swimming did announce interim appointments in the organizations most pivotal roles with Mark Perry being promoted to Technical Lead, Graham Bassi taking over Perry’s role with the developmental team and Ian Mason, the Director of World Class Operations for British Swimming, who won’t formally be changing roles, but will be the new direct report for those who previously were under former High Performance Director Michael Scott.