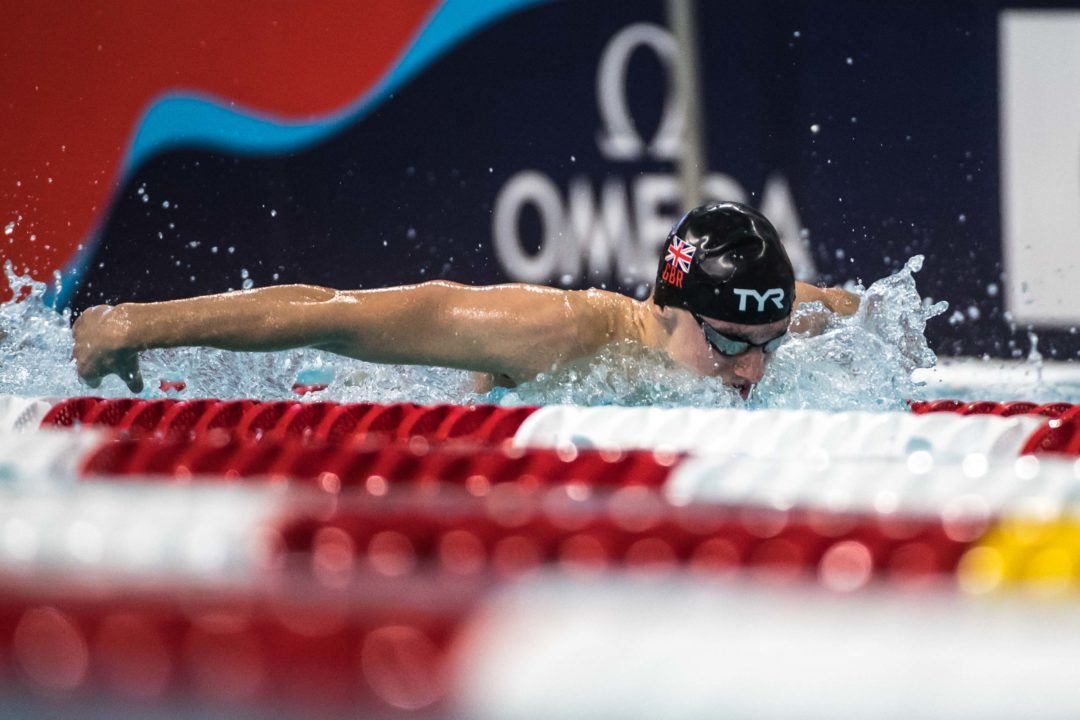 The 2021 Swim England Winter Championships wrapped up in Sheffield, England, but not before several athletes went out with a big bang to close out their short course season.

For instance, Loughborough athlete Molly Renshaw did major damage in the women’s 200m breaststroke. The 25-year-old European Long Course champion busted out a time of 2:18.81 at Ponds Forge, clearing the only sub-2:20 time of the field.

Also making her presence known was Manchester Aquatics’ Chloe Golding. After having won the women’s 200m back last night, 23-year-old Golding reaped gold in the 100m back, clocking a time of 57.59. That result shaved .01 off of her previous lifetime best of 57.60, which was put on the books at this year’s Stockport Metro meet last month.

Jacob Peters, the 100m fly winner from night 2, added the 50m fly victory to his Swim England Winter Championships resume. The Bath swimmer earned a winning effort of 22.65, producing the only sub-23 second time of the field. Behind him was Olympic medalist Matt Richards, who touched in 23.07 in his 2nd event of the meet.

For Peters, the 21-year-old just checked in with a personal best, becoming Great Britain’s 4th fastest man in history in this SCM 50 fly event.

Yet you wasted your time commenting on a article you don’t care about.

I think swimswam should write articles on whatever they want even if nobody cares.

Peters was even faster in the heats swimming 22.57.