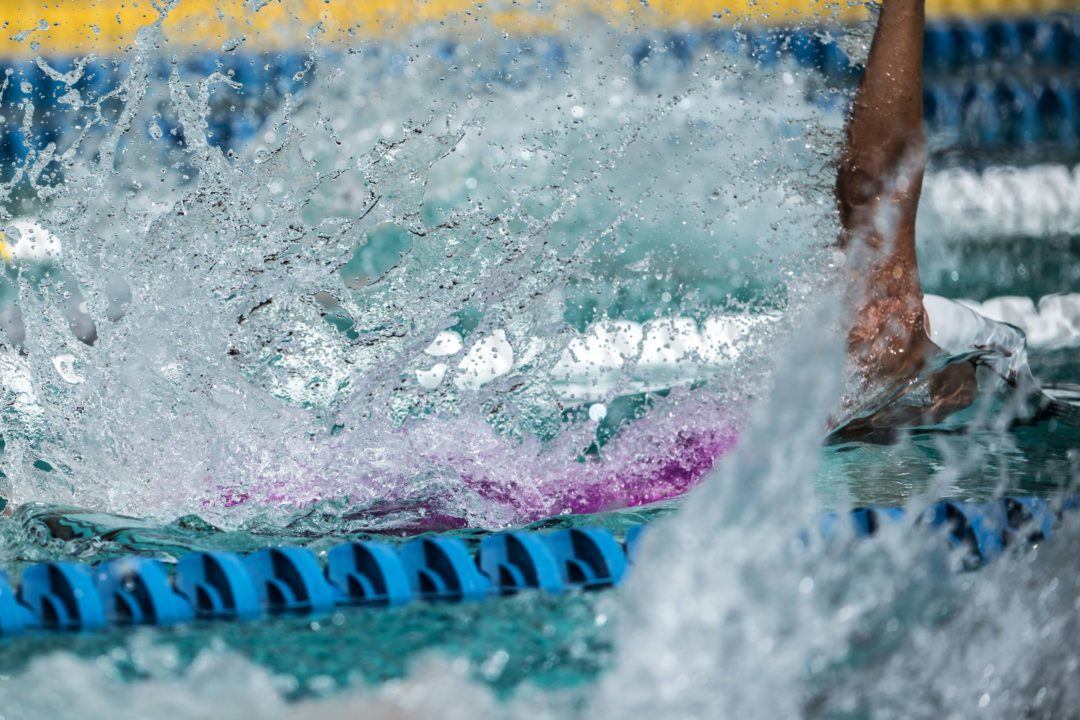 The team will welcome Olivia Treski, Brooke Holmes and Mallory Buha, all of whom are eligible immediately. Stock photo via Mike Lewis/Ola Vista Photography

INDIANAPOLIS – A trio of potentially program changing additions, the IUPUI women’s swimming team has announced three transfers for the 2016-17 season. The team will welcome Olivia Treski, Brooke Holmes and Mallory Buha, all of whom are eligible immediately.

Treski comes to IUPUI from the University of Kentucky.  Prior to her time as a Wildcat, she swam at Castle High School in Newburgh, Indiana.  She was also a part of the Newburgh Sea Creatures Swim Club.  Her primary events include the 200, 500 and 1650 Freestyle.  At Kentucky, her final time in the 1650 Free (16:27.89) at the SEC Championships was an NCAA B Cut time, and currently bests the IUPUI program record in the event.  Prior to her collegiate career, she was an All-American in the 200 Freestyle, and was part of the record breaking 200-meter Medley Relay with her club team.  She was also a junior national qualifier and broke six event records at Castle High School and was a four-time MVP.  She was also a multi-time Academic All-American, and was inducted into her high school’s Athletic Hall of Fame.  Treski was ranked 14th among the 2015 state of Indiana recruits and will major in Kinesiology/Pre-PT at IUPUI.

“Olivia is a huge addition to our program and her impact will not only be felt here, but within the Summit League,” Head Coach Matt Bos said.  “Any time you can add an athlete who is at the top of the conference coming in, it is no doubt a big deal.  It is going to be fun to watch how Olivia will continue to develop and how she can help us continue to build our program here at IUPUI.  Olivia has been swimming in high level meets for a long time so she will bring some great experience to our young squad.  (She) is also a tremendous student and values the education IUPUI has to offer which is just as important with our student-athletes.”

Holmes joins the Jag family from Nebraska.  Prior to her time as a Cornhusker, she swam at Omaha Burke High School in Omaha, Nebraska.  She was also a part of the Omaha Swim Federation.  In high school, Holmes was a three-time state finalist in the 500 Free, and holds the school record in the event as well as the 400 Free Relay.  She led her team to third-place finishes in the 2014 and 2015 Nebraska State Finals, and set multiple teams records while swimming club.  As a student, Holmes earned Academic All-Conference and Academic All-State accolades, making the honor roll eight times while also being a member of the National Honor Society.  At Nebraska, Holmes finished 37th at the Big Ten Championships in the 400 Individual Medley, logging a time that currently bests the IUPUI program record.

“Brooke is a great kid and will be a welcome addition to our program,” Coach Bos said.  “She has a great personality and some great experience in the pool which will be huge, as we are such a young team.   I love Brooke’s versatility, which will help us a lot not only at our championship meets, but with duel meets as well.  I think our training will be great for Brooke and I don’t think she has even come close to her full potential yet, so she will be fun to watch over the next three years.”

Buha will make the trek west to Indianapolis from her former stomping grounds at Buffalo.  Her sister, Maranda Buha, is currently a junior on the IUPUI swim roster.  Mallory hails from Novi High School in Novi, Michigan, where she competed in the 100 and 200 Backstroke events, as well as the 100 Butterfly.  In her two years of swimming at the high school level, Buha was an All-American in the 100 Backstroke and was ranked the 12th fastest in the state of Michigan for the class of 2015 by CollegeSwimming.com.  She was a national qualifier in the 100 and 200 Backstroke events.  Her 55.11 time in the 100 Back is just 0.35 seconds off the IUPUI all-time record, and her 200 Back is just 0.85 seconds off the record.

“We are super excited to having Mallory joining us after spending her freshman year at Buffalo,” Coach Bos said.  “Mallory is a great student and has an incredible attitude and will fit in well with our program and the academics here at IUPUI.  Having one year of college under her belt, I expect Mallory to excel in our program and help us in a bunch of different areas.”