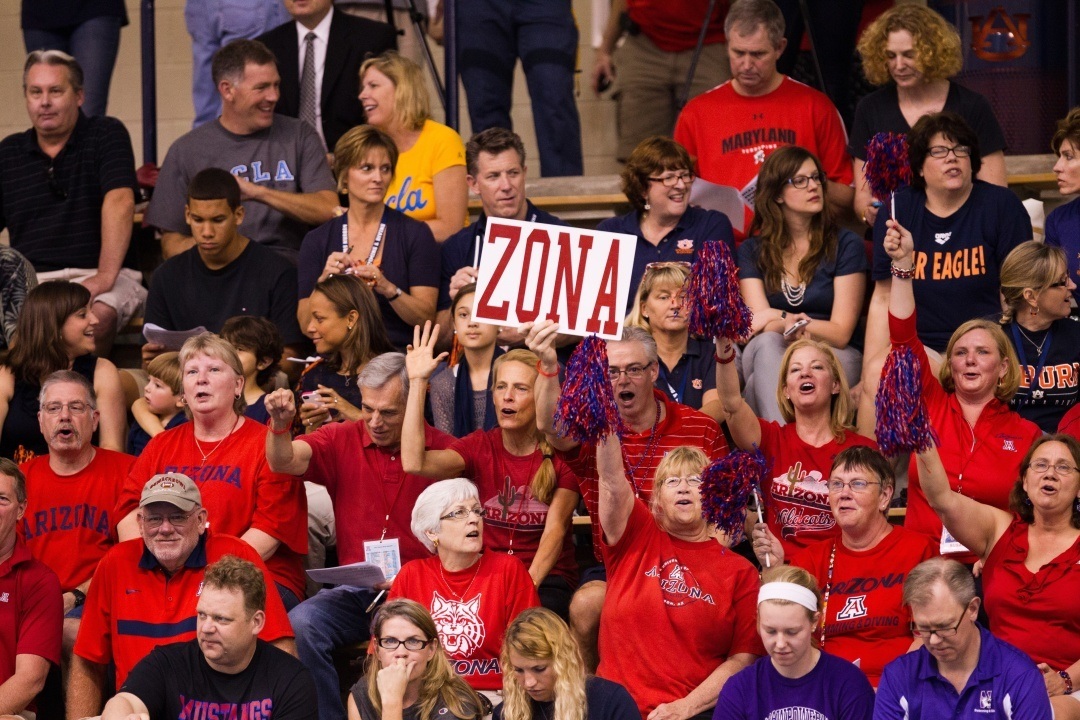 The University of Arizona Wildcats will add one more to their roster for next season after picking up transfer Morgan Ginnis, a freestyler who will be making the move after 2 seasons with the University of New Mexico. Archive photo via Tim Binning/TheSwimPictures.com

The University of Arizona Wildcats will add one more to their roster for next season after picking up transfer Morgan Ginnis, a freestyler who will be making the move after 2 seasons with the University of New Mexico.

Ginnis is coming off a successful sophomore season, having tied for 3rd in the 50 free at the 2016 Mountain West Championships in a time of 22.46. She was also a consolation finalist in the 100 free after breaking 50 for the first time to post a 49.90. Instead of swimming a 3rd event, the team opted to have her swim all 5 relays.

Last season, Ginnis dropped her 50 and 100 free times by half a second, which puts her in range to be an immediate scorer at the Pac-12 Championships. Her 22.46 would’ve landed her 12th last season in the 50, and her 49.90 would’ve been 18th. With those times, she could fight for a spot on the relays as well.

Ginnis joins a Wildcat sprint group that had a lot of success with the underclassmen last season. She’ll team up with now-sophomores Annie Ochitwa and Katrina Konopka, who were both on the free relays for the Wildcats and top 20 individually in the 50 at NCAAs, as well as their relay teammate, junior Paige Kremer. The Wildcats will have a hole to fill, however, with Taylor Schick now graduated. Schick was a part of all 3 of Arizona’s free relays, and Ginnis could fill the gap on the sprints.

Earlier this month, UNM’s Head Coach Kunio Kono announced his resignation, citing family matters as the reason for his move.