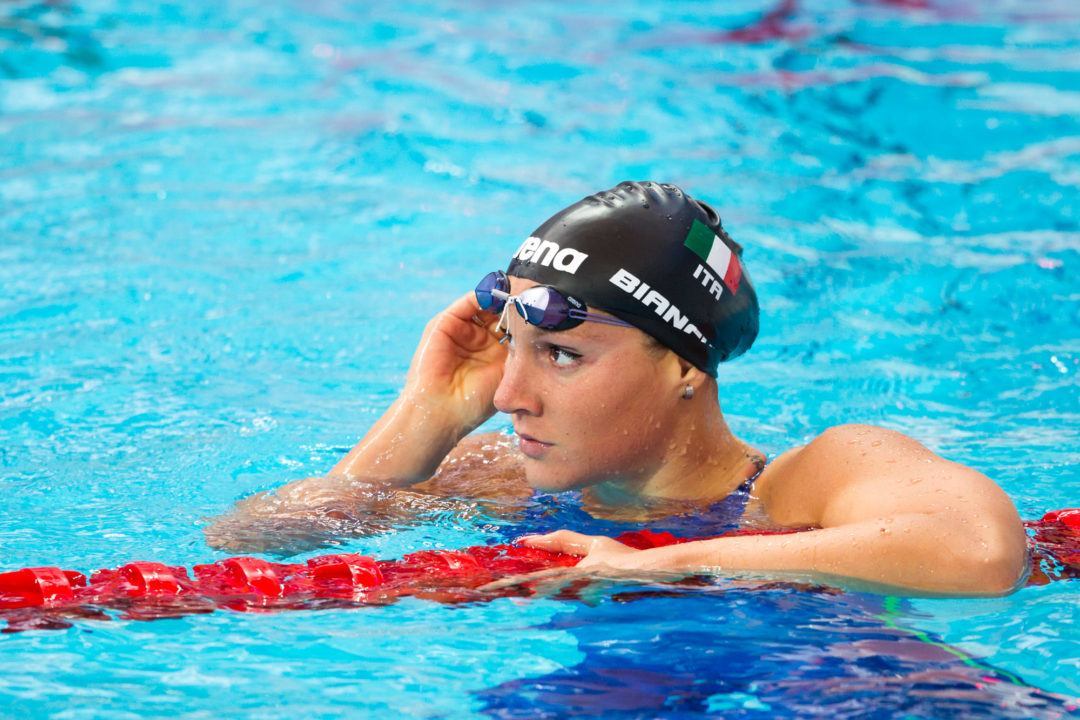 Ilaria Bianchi has scratched out of the women's 200 fly semis. Archive photo via Tim Binning/TheSwimPictures.com

Italy’s Ilaria Bianchi is the lone scratch from day 4 finals in Budapest, opting out of the women’s 200 fly semi-finals. Bianchi had initially qualified 13th overall in 2:09.12.

This move indicates that Bianchi will move onto the Italian roster on the mixed medley relay tonight, as they qualified 7th overall for the final using a W-M-M-W order. The most traditional order, which is two men first, would result in Bianchi getting the nod on fly.

More known for her abilities in the 100m distance, the 27-year-old posted a time of 57.95 in the semi-finals to place 11th overall on day 1 in Budapest. The three-time Olympian is now done individually, as she isn’t scheduled to swim the 50 fly, but will also be seen at the end of the meet in the women’s medley relay.

The scratch moves Switzerland’s Martina van Berkel into the semis, after placing 17th in 2:09.34. The 28-year-old is the Swiss national record holder in 2:07.90, a time achieved at the 2016 Olympics where she placed 12th.