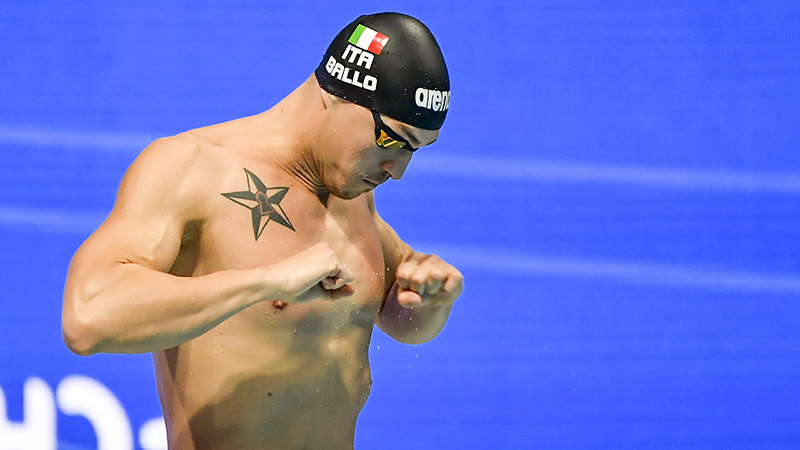 Stefano Ballo put up the winning 200m free time of 1:46.91 in Rome today, following up on competing at the 2020 Olympic Games. Archive photo via Andrea Staccioli / Deepbluemedia / Insidefoto

The men’s 200m freestyle at these Italian Category Championships saw a swift performance thrown down by 28-year-old Stefano Ballo. The Caserta native produced a winning effort of 1:46.91, representing the only swimmer of the 200m free field to get under the 1:47 threshold, let alone the 1:48 barrier.

Ballo is coming straight off the Tokyo Olympic Games where he competed in the men’s 200m freestyle individual event. After hitting a time of 1:45.80 to claim the 7th seed out of the heats in Toyo, he added .04 to claim the 10th spot overall after the semi-finals.

However, Ballo’s big performance came in the mens’ 4x200m free relay where he led off Team Italy with a lifetime best of 1:45.77. That opener rendered Ballo as Italy’s 2nd fastest 200m freestyle performer of all time.