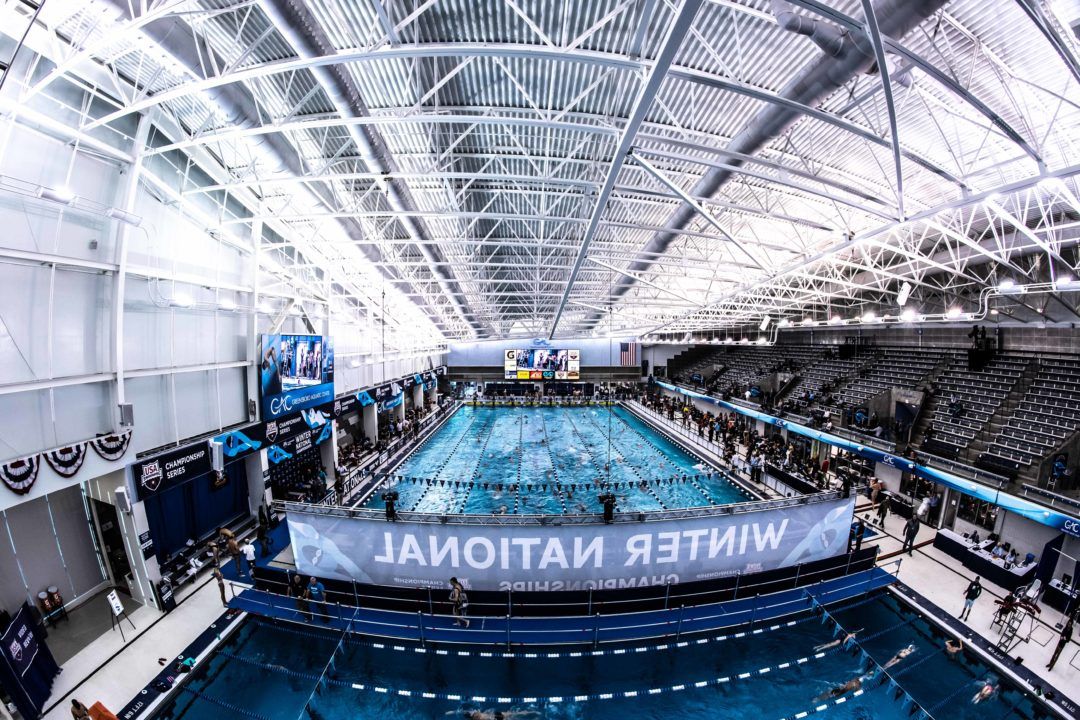 In conjunction with its 10-year anniversary, the Greensboro Aquatic Center announced nine events it will be hosting in the coming years. Stock photo via Mike Lewis/Ola Vista Photography

The Greensboro Aquatic Center (GAC) announced Thursday that it will be hosting nine future championship events at its state-of-the-art facility in the coming years, including the 2021 U.S. Open Championship.

The announcement comes in conjunction with the 10-year anniversary of GAC, which officially made its debut hosting an event on August 26, 2011 after being built at a cost of around $19 million.

The 2021 U.S. Open will run from December 1-4, while the Winter Junior Nationals – East will come the following week, December 8-11. The 2021 U.S. Paralympic Swimming Championships will then run December 17-19.

Events To Be Hosted In Greensboro:

“We are proud of our long-standing relationship with the Greensboro Aquatic Center and grateful to have such committed partners in staging top tier events for our members,” said USA Swimming President & CEO Tim Hinchey.

“This venue has played host to several successful national and regional meets, including the Toyota U.S. Open and the TYR Pro Swim Series competitions, which are vital experiences in the development of our swimmers from club swimming to the Olympic Team. We look forward to continuing to stage world-class competitions in Greensboro as we embark on our next Olympic Quad.”

The GAC has played host to the YMCA Short Course National Championships annually since 2012, except for 2020 and 2021, when the meet was cancelled due to the coronavirus pandemic. This news confirms the meet will stay in Greensboro until at least 2025.

Does anyone know what the cuts are for the US Open this winter?

Does anyone know where Trials for WUGs and World Championships will be in Spring 2022?

And good luck to the NCAA swimmers who will have the tough task of performing at their best 3 times in 2 months (NCAAs, world trials and world championships). We knew the taper. We knew the double taper. Here comes the triple taper. 🙂 I wonder how many will survive and end up winning a medal at worlds with such a crazy schedule. And I don’t even talk about the lack of rest after the college season and the lack of long course training with worlds so early in the season. Why is it held in May and not as usual in late July? It’s a terrible idea.

Well for some countries like Australia, Worlds and Olympics are actually held in the middle of their short course winter season. But they just get on with it.