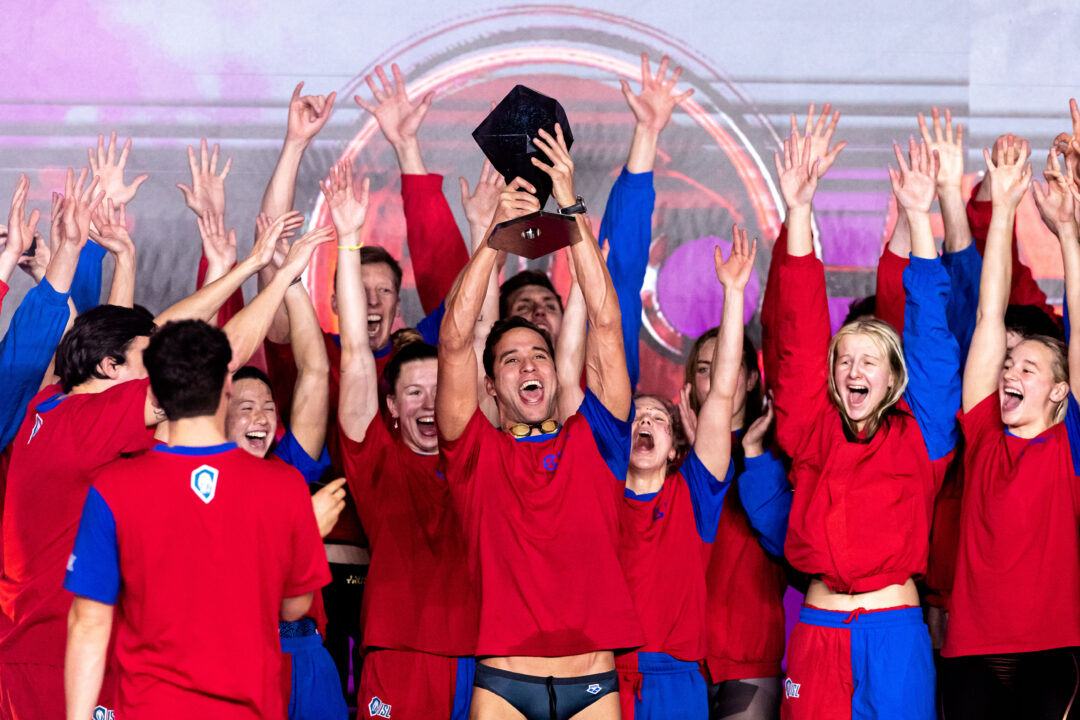 There are lots of changes for 2022, including a season that begins in June and ends in December (with several breaks for major international meets, an increase from 18 to 24 matches, and a “wildcard” match for the playoff round as well, where teams ranked 3rd through 6th in that round will face off in a top-2-take-all battle for the finale (thereby rendering the prior 6 matches moot).

The ISL has still not given insight into how they form their season schedules, but there is a clear shift this season. Whereas last year, the top two teams, and the only two teams to have won league titles in three seasons, Energy Standard and Cali Condors, didn’t face off in the regular season. This year, they’ll face off three times.

This is a general trend in the schedule, where the top 3 teams, Energy Standard, Cali Condors, and LA Current, face off many times throughout the season.

We were critical of the league last year for not having enough regular season marquee matchups, which ultimately resulted in a fairly dull and uninteresting regular season. That issue has certainly been corrected this year, as the top teams will face off regularly – which, as is true in any sport, will draw the most interest and the best ratings.

In solving that problem, however, the league might have created another. While the schedule is more exciting, it has the same problem with balance. That’s not much of a problem if the teams continue to be as lopsided as they’ve been in the first three seasons, with the same quartet of ‘originals’ making the final every year.

But, on the off chance that there is a shift in the balance of power (which the league hasn’t demonstrated it’s capable of yet), this could impact whether the ‘best’ teams get into the final, or if there is a scheduling advantage for some teams, like the DC Trident, who get to face the woebegone New York Breakers 4 times. If trends continue, that gives the Trident a leg up on, at least, not finishing last in 4 of their 6 matches.

If things are close at the end of the season with a team like Iron, which will have a lot of exciting matches with LA Current and London Roar, they don’t have as many easy point matches.

As the schedule continues to expand, creating schedule balance should become easier. But, at least one problem is solved: last year the regular season lacked both balance and exciting matchups.

Has Caeleb been paid yet?

Why can’t every team play against every other team twice(for example).There is a maths formula, I’m sure, that could work it out.

Hey, I don’t suppose you have any gossip about Kaylee and Brendon?? Have they both settled at Griffith after all?