Is It Time to Change the American Relay Qualification Rules? 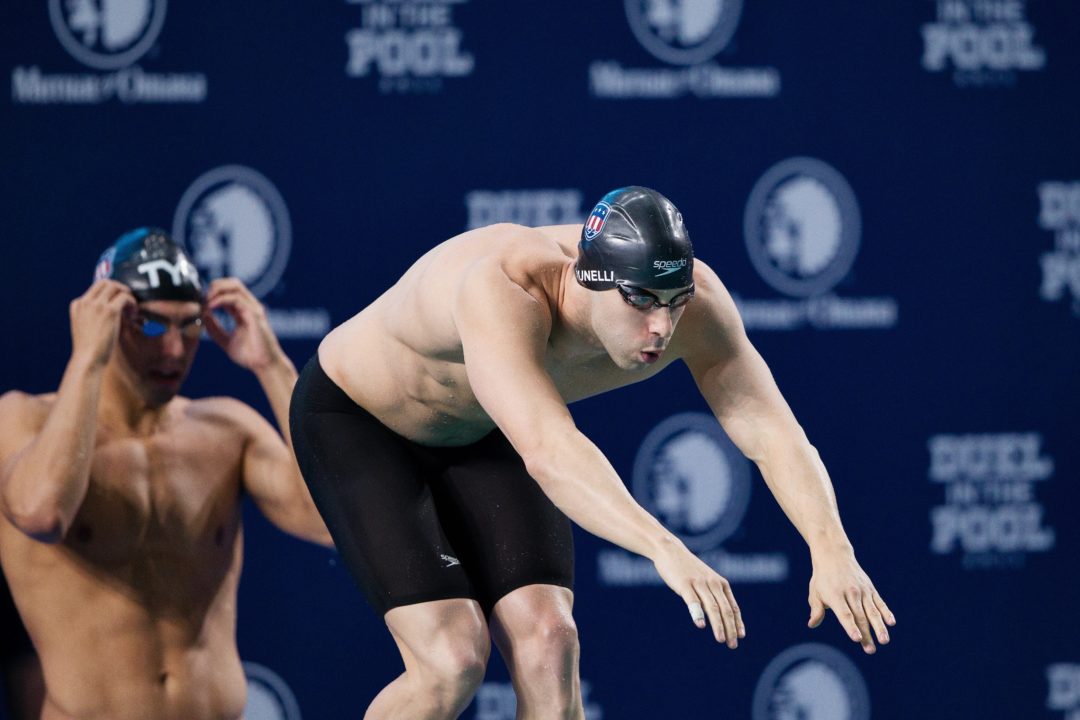 The United States’ current Olympic relay rules state that the top 6 swimmers in the 100 and 200 freestyle will...

The United States’ current Olympic relay rules state that the top 6 swimmers in the 100 and 200 freestyle will be taken to swim on relays at the Olympics, presuming there is enough room on the roster to take them.

It may be time to rethink that strategy.

True, the Americans are currently in a bit of an odd situation. Potentially, two of their best 100 freestylers have no interest in swimming that race individually: Michael Phelps (for sure one of the best) and Ryan Lochte (probably one of the best when he’s tapered). So maybe a change won’t be needed under normal circumstances. Then again, the United States as compared to other countries (Brazil, Australia) sprint freestyles are not always emphasized as a specialty. The United States swimming culture for the past 8 years (though at some level this is changing) has been to emphasize middle-distances, which means there will always be conflicts with the 100 free, especially.

The result is that this year, in both the 400 and 800 free relays, the Americans have 8 swimmers that they should put on a relay, and only 8 spots in which to put them. That leaves no opportunity to try out swimmers in prelims without risking pulling a swimmer who earned their way onto the team via a top-6 spot.

Of course, it’s great to reward young swimmers like Jimmy Feigen with a spot on the Olympic Team, which could help them develop. It’s great for an Olympic hero like Jason Lezak to be sent along. But if the goal of an Olympic Games (maybe not to the same extent as a Pan Pac Championship) is to bring home the most, and the highest-value, medals possible, this strategy isn’t necessarily working.

Take the 800 free relay.  After how well he swam in the 400 freestyle on Saturday, the best American 800 free relay would seem to include him, just like it did in 2004 and 2008. One could argue that Conor Dwyer has been swimming well and might still beat Vanderkaay, or Ricky Berens. But the Americans are not left the luxury of allowing him to prove that. They’ve got 8 swimmers, and only 8 spots in which to put them, so they can’t even give a single head-to-head matchup a test in the Olympic prelims.

Especially when the Americans have their Olympic Trials just 4 weeks before the Olympics, there are so many unanswered questions about how athletes try to time their tapers to deal with the difficult timing.

The easy answer is just to force everyone to swim the individuals at Trials, but at some point, that will cost the Americans their best relay, so that doesn’t seem like a workable solution. Someone will choose their individual event over a relay, and the American relays could fall off in quality and depth.

There are a few possible solutions. Here are three, though someone more creative might have better ideas. It’s unlikely that this will change; the Americans usually try to maintain fairly regimented rules in the name of fairness. They know they will be asked to justify any outside-the-box decisions. There are certainly better ways, however.

1. Separate relay trials event – Maybe USA Swimming could hold a separate trial for the spots on the free relay. Hold it before Trials; hold it after the meet ends. Yes, the team has time trials in training camp, but that doesn’t simulate a true race atmosphere and it’s hard to get top results. If you’re trying to use a series of races to select the best two, is the same methodology really the best way to pick the top 6-8?

2. Expand freestyle finals to 10 lanes – If the finals at the Olympic Trials were expanded to 10 lanes in the 100 and 200 freestyles, it would expand the opportunity for swimmers like Peter Vanderkaay to make a final, and even if he wasn’t good enough to take a top two spot, perhaps he could claim a relay swim. In theory, it would also allow swimmers like Phelps and Lochte to expend less energy through the first few rounds, and still make a final. It does make the path to the Olympics a bit easier for the best swimmers, but we want the best swimmers on the team as often as makes sense.

3. Reduce the number of freestyle spots from 6 to 4 – Many countries do this; only the top four swimmers in a 100 or 200 freestyle are assured a spot on the Olympic roster. The coaches are then given more freedom to choose anybody else who they think warrants a spot. There could be restrictions placed on these decisions; perhaps coaches would be limited to filling out the relays with either the 5th and 6th place finishers, or a swimmer who is already on the roster. The drawback here comes down to the issue of fairness and politics – there are certain constructs of the coaching staff that would allow a veteran, well-entrenched coach to throw their weight around and get a spot over a swimmer training with a more junior coach. But with the above restrictions, these risks at worst would be no greater than they are under the current system.

This is a little off topic, but shouldn’t the swimmers that swam in all the qualifying matches receive medals also? They were part of the team right?

They actually do! Prelims swimmers have gotten medals since 1992.

I don’t see how any of the three suggestions would have produced a faster relay this year. None one faster in the 100 or 200 is not in London. The only variable I see this year is Lochte on the 4×100. He is on fire, but can he go 47 high? No certainty – especially with his 200 free semi. The US just needs to get better in the 100. Maybe quit training Aussies, Brazilians, and French in the US to tilt the table.

What a well-informed comment. None of the top-4 in any of those three countries currently trains in the US. The only one in the top-6 is Marcelo, but Brazil didn’t even make it to finals, so you could even argue his prelim swim hurt them.

but I am thinking he is saying that Cielo Bouesquet and othersd were NCAA raised..

“The Americans usually try to maintain fairly regimented rules in the name of fairness. They know they will be asked to justify any outside-the-box decisions. ”

This could not be further from the truth.

The Americans try to win gold medals. The end.

Why do any of those things have to be done? None of those options serve to make the relays any faster. The current way is still the best one and provides the most flexibility. Nothing says that the last place quallifiers have to swim. They are brought as relay ALTERNATES. While usually the coaches try to get everyone a swim it doesn’t have to happen. I think the Americans are/were probably better off if they had left their last “alternate” off. In this case Lezak in the 100 and Tarwater in the 200.

Agreed with NEUPTUNE2029, you won’t have many come along that are world class in every event like Phelps and Lochte. It’s fine the way it is and if anything would rather see trials held in the Winter or Spring instead of 3-4 weeks prior to the olympics.

The Kiwi girls had a swim off for their 4×200 team and swim order a mere days before the games opening. Personally I think if the USA or any country can front up 8 swimmers who can qualify two relays then put two teams in the heats, fastest four in the final. That would make it interesting.

Expanding on your first suggestion, adding a relay-only trials event – could they just take the guys with the, I don’t know, top 16 seed times coming into the meet and race ’em in two timed finals? That way it’d only take one fast swim to get on the team versus one fast swim after two fairly fast ones in the heats.

(And this did get me looking at the psych sheets and all of the guys that had a legitimate shot at making the team were in the top 16 seeds anyway. Half of the qualifiers in the men’s 100 Free had seed times slower than a 51.00. But this is a TRIALS IS TOO BIG! conversation now,… Read more »