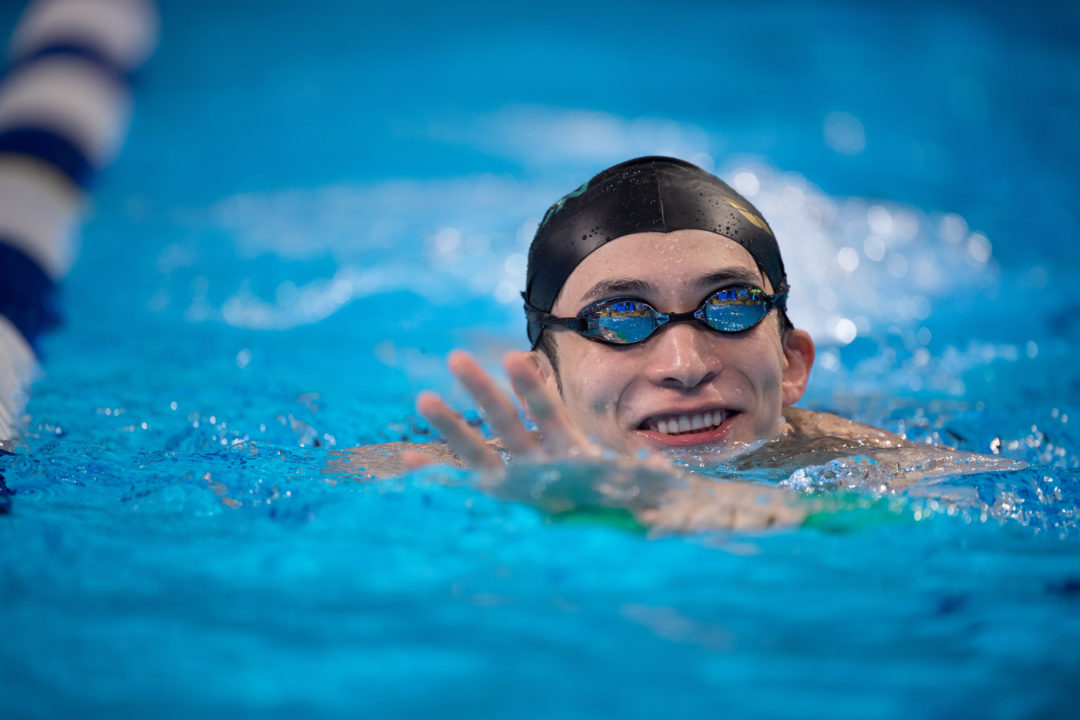 Although both Daiya Seto and Kosuke Hagino were in the water on day 2 of the 2021 Japan Open, neither man made it to the 200m freestyle final tonight at Chiba International Swimming Centre. The former hit a prelims time of 1:49.80 for 9th while the latter posted 1;50.10 for 13th at this non-selection meet.

That gave World Championships silver medalist Katsuo Matsumoto even cleaner water in which to get his job done, with the 24-year-old clinching the title with ease. Touching in 1:46.17, Matusmoto’s evening effort was actually secondary to, his prelims swim. There he produced a stellar 1:45.48 to further establish himself among the premier 200m freestylers in the world heading into a home-based Games.

Behind Matsumoto in tonight’s final was young gun Konosuke Yanagimoto, the 17-year-old who earned an Olympic berth as a member of the men’s 800m free relay. Yanagimoto posted a silver medal-worthy result here of 1:47.86, less than half a second away from his 1:47.45 clocking from the Japanese Olympic Trials.

Seemingly ageless Olympian Ryosuke Irie was smooth as usual, clinching the men’s 100m backstroke in a speedy 53.00. That nearly matched his morning swim of 53.07, with tonight’s splits including 25.74/27.26 to win by over a second. Irie is 31 years old and is set to compete at his 4th Olympic Games.

Another multi-Olympian was in the water, with Yui Ohashi making a statement in the women’s 400m IM. Topping the podium in a time of 4:35.92, Ohashi’s result here is within striking distance of the 4:35.14 registered for gold and an Olympic berth at Trials.

Behind Ohashi was a swimmer 11 years Ohashi’s junior in Mio Narita. Narita, just 14 years of age, blasted a new Japanese Junior National Record of 4:40.88. The teen’s previous personal best rested at the 4:43.06 she produced en route to 4th place at Trials.

However, this evening, the teen found another gear to drop over 2 seconds en route to chasing Ohashi onto the 2nd level of the podium tonight in Chiba.

Irie is a cyborg I swear

Irie is just amazing. He’s so consistent and his stroke is magnificent to watch.

This is so cool, couldn’t agree more, plus he is so well liked. Retta, thanks for the good article. As for his time, he did more than “nearly match” his 53.07 prelims, he exceeded it. I’d say that deserves an extra shout out.